HomeThe ShuffleSWIMA: On the Lookout for Suspicious Bets

SWIMA: On the Lookout for Suspicious Bets 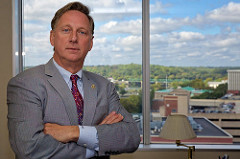 Six months ago, sportsbook operators across the U.S. launched the Sports Wagering Integrity Monitoring Association (SWIMA) as a way for the industry to raise red flags over any potentially suspicious betting activity.

Such concerns about unusual wagering have come up and been shared among sportsbooks multiple times just since April, the association’s top executive said in an interview this week, though he declined to provide details.

George Rover, a former deputy director of the New Jersey Division of Gaming Enforcement (DGE), serves as SWIMA’s chief integrity officer, the equivalent of a CEO. Rover said the association has received information about the appearance of unusual gambling among its 29 members “a number of times.”

Information is conveyed among members by email, Rover said, who have two hours to confirm whether they took bets on a certain match and whether they have detected unusual betting patterns. Based on responses, if the SWIMA staff determines that the wagering is “suspicious” rather than unusual, the organization notifies regulators in the 10 participating states: Delaware, Indiana, Iowa, Mississippi, Nevada, New Jersey, New York, Pennsylvania, Rhode Island and West Virginia.

Regulators decide whether to involve law enforcement, sports leagues or others in any investigation. SWIMA does not get involved in investigations, and Rover declined to describe the nature of the questionable activity or specify how many times regulators have been alerted.

“It’s working the way we envisioned,” he said, creating a way to share information among those on the sports betting front lines, all with a shared interest in avoiding match-fixing or others scandal that could both cost them money and stain the growing industry.

“While we work closely with state regulators, it was important for members of the sports betting industry to come together to share best practices and monitor betting activity across jurisdictions,” Kevin Hennessy, director of publicity for FanDuel, said in a statement. “We see it as an important partner as sports betting moves into more states.”

The company has yet to report any issues, Hennessy said.

SWIMA is modeled after ESSA, recently renamed the International Betting Integrity Association, and industry-supported group in Europe that’s been monitoring competition and wagering there for years.

At the Global Gaming Expo last month, regulators from several states endorsed SWIMA as a valuable means of sharing information in a manner that hasn’t occurred previously in the U.S.

If multiple operators experience the same odd patterns, that calls for further analysis. And with SWIMA, it will be easier to spot any such pattern, said David Rebuck, director of the New Jersey DGE. In that state, all sports wagering operators are required to engage the services of a third party integrity provider that can receive reports from each operator of unusual or suspicious sports wagering activity, said Leland Moore, a DGE spokesman.

“It’s another tool in the toolbox to help ensure integrity, and so far we’ve gotten some alerts and sent those off to operators,” Jay McDaniel, deputy director of the Mississippi Gaming Commission, said during a G2E panel discussion, again without divulging details.

SWIMA has no office and only a few staff members, relying on its computer links with both operators and regulators to gather information and transmit it. Encouraging discussions have also taken place with the NCAA and major sports leagues about how to share information in the future, Rover said, although there is not yet any formal working agreement.

With all the concerns raised over the prospect of illegal game-fixing as more and more markets around the U.S. allow sports betting, Rover is confident that the operators themselves are a key checkpoint, considering what’s on the line for them.

“These people are experienced at what they do,” he said. “They have a stake in making sure nothing is out of line. Everyone is viewing everything with a careful eye.”