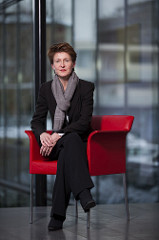 Swiss voters have easily approved a new gambling act for Switzerland which will allow authorities to block foreign gambling sites not licensed in the country.

The act was approved by about 73 percent of voters and is scheduled to go into effect next year. The bill has already been approved by both houses of the Swiss Parliament.

The act is seen as one of the strictest in Europe and only allows Swiss-owned casinos and gaming firms to operate in the country. The bill does allow those casinos to offer online gambling for the first time. However, it also allows regulators to block all foreign gambling sites from accepting bets in Switzerland and does not allow for new licenses to be issued for six years.

Opponents of the bill called the provision censorship of the internet, and the referendum was actually the result of petitions aimed at overturning it. However, proponents of the bill countered that the measure was need to protect problem gamblers and would not be used as a precedent in blocking other types of websites.

Sommaruga said the law would be “indispensable” in fighting gambling addiction while also allowing the government to tax gambling revenue and direct revenues to fund anti-gambling measures, according to a report at the BBC.

Critics of the law, however, said it gives an unfair advantage to Swiss gambling firms by blocking offshore competitors.

Gamblers in the country spend roughly 250 million Swiss francs ($253m; £189m) per year on unregulated foreign betting sites, according to the government, the report said.

The vote came after an extensive campaign where both sides charged the other with excessive lobbying and questioned who was bankrolling both campaigns—with overseas company accused of backing opponents and the Swiss casino industry said to be backing campaigns for the bill.

While the final vote was a significant win for the government, turnout for the vote was only about 34 percent of total voters, according to local reports.