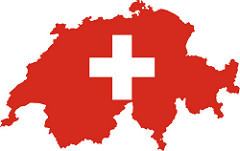 Switzerland has adopted new gambling regulations that allow for online gambling, but close the country off to offshore betting sites.

The new rules cover both the casino industry and the online gambling sector. Switzerland has been a grey market for online betting companies up until now.

Under the new law, foreign companies have been formally banned from operating in Switzerland and only locally licensed operators who have already established a land-based presence in the Swiss casino sector will be able to legally run online gambling services. The rules also allow the government to block unlicensed sites operating in the country.

The legislation also sets new tax values for winnings from lottery or sports betting which will be applied only for revenue exceeding CHF 1 million. The rules are expected to go into effect in January.

The revisions update the country’s gambling laws first passed in 1928, and last amended in 1998. However, the rules have been criticized by various Swiss political parties such as the Green Liberals and Free Democratic Party, that say the legislation breaches current EU laws on free movement of business services and adds new restrictions to internet access.