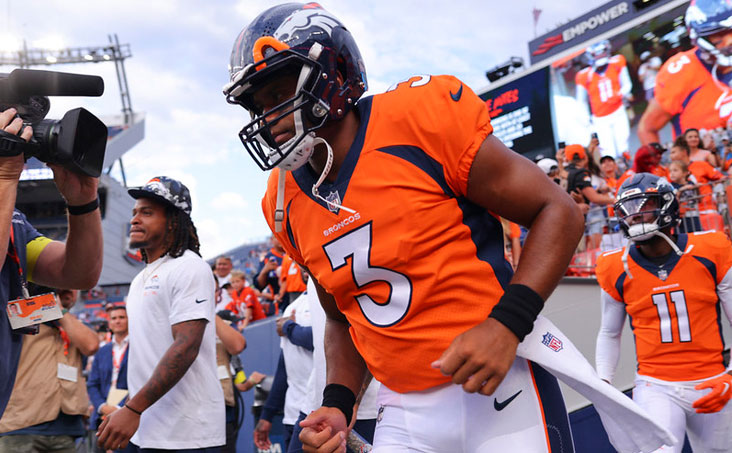 With just a couple weeks left before the start of the 2022-23 NFL regular season, we break down AFC teams worth investing in and offer some futures bets to take advantage of.

Parity in the NFL has been at an all-time high in the past few years. Each year it seems like teams miss out on the playoffs that deserved to be in. Almost any team that ends up making the playoffs have a real shot at winning the Super Bowl.

This year should be another shining example of this, as you could make an argument for probably 10+ teams’ Super Bowl chances. This week I focus on the AFC and break down the best futures bets to make this preseason.

The AFC conference should be very competitive this year and will be lots of fun to watch. The teams below have some of great odds and bettors can take advantage of some prop bets.

*All odds are courtesy of Caesars Sportsbook.

The Denver Broncos have a regular season win total of 10. The under is set at -110 and that’s a good bet.

Denver’s big splash of the offseason was their trade with 2014 Super Bowl opponent Seattle for Pro Bowl QB Russell Wilson. The team is solid, but not great, and still possesses some holes that could be exploited in the best division in football.

Aside from Wilson, the offense is very mediocre. The RB duo of Javonte Williams and Melvin Gordon III is okay, as is the offensive line. This should lead to an inconsistent run game which will not help the team to establish an identity on offense. The receivers are good but not great, although Wilson has made worse WR groups look much better than they were in the past.

The defense should be the strength of this team, as it figured to be around a top-10 unit in the league. When it’s all said and done this should be an average team playing in an extremely competitive AFC West division. Ten wins is simply asking this group for too much this season. 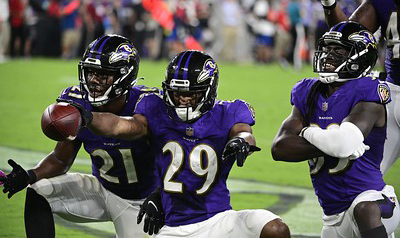 The Baltimore Ravens have a victory total of 9.5 and the over at -145 is the play.

The Ravens have been very close to becoming a Super Bowl contender since drafting QB Lamar Jackson but just haven’t quite been able to get there.

This could very well be the year. First of all, in regards to the win total, the team has a relatively light schedule this season after finishing tied for last in the division last year with Cleveland. Their QB/RB duo of Jackson and JK Dobbins, in addition to an above-average line, should lead to this team boasting one of the most effective and feared rushing attacks in the league.

Where the Ravens lack in star power at the WR position, they make up for it with Pro Bowl TE Mark Andrews. Jackson should still be able to be effective through the air as long as he still has his favorite target in Andrews catching TDs. The Baltimore defense should be strong this year. This team should be able to control the pace of games and with a pretty easy schedule, get into double digits in the win column.

The New England Patriots aren’t the dominant team they once were, but sportsbooks still have their win total at 8.5 and the over looks like the way to go here.

This Patriots team hangs its hat on a strong offensive line and defense. The defense was elite last season and will look very similar personnel-wise again in 2022.

The offensive line is a top-10 unit in the league, which will help QB Mac Jones attempt a second-year leap. He’s got a pretty solid WR group after the team traded for DeVante Parker from the Miami Dolphins.

The true star of the offense is RB Damien Harris, who finished last season second in the NFL in rushing TDs with 15. If he can continue to improve in his third season and Jones can do the same at the QB position, this team can make some serious noise and find themselves in a playoff spot. New England’s schedule isn’t terrible, and they should be able to secure at least nine wins. 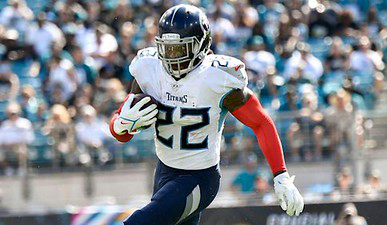 The Tennessee Titans finds themselves with the second-best odds at +160 to win the AFC South this year ― despite winning the division each of the past two seasons.

This disrespect likely comes from the losses of starting WRs AJ Brown and Julio Jones. The team has done well to replace them, however, after trading for WR Robert Woods, signing TE Austin Hooper and drafting WR Treylon Burks.

While the offensive line is a below-average unit, they’ll look better than they are as long as RB Derrick Henry continues to dominate every defense he sees.

The Tennessee defense was one of the league’s best last season and has the potential to be right back up there again this time around.

All in all, the team is better than the Indianapolis Colts. The Jacksonville Jaguars and the Houston Texans will again be non-factors in this division race. Expect the Titans to three-peat as AFC South champs.

LA already has a borderline elite offense and was able to add two stars to a defense that already ranked tied for third in the NFL in least points allowed last year.

The Chargers traded for LB Khalil Mack and signed CB J.C. Jackson, two of the most dominant defensive players in the league. QB Justin Herbert is still continuing to rise to elite status and RB Austin Ekeler is healthy again, which should make for a virtually unstoppable offense.

With an elite offense and defense, this team will be one of the hardest in the NFL to beat and has an excellent chance to become the second LA team in two years to reach the Super Bowl. Review all your options and get those futures bets placed, you’ve got three weeks ‘til kickoff.

Don’t miss a minute of NFL action this season with fuboTV. Watch Live or Stream – sign up here.