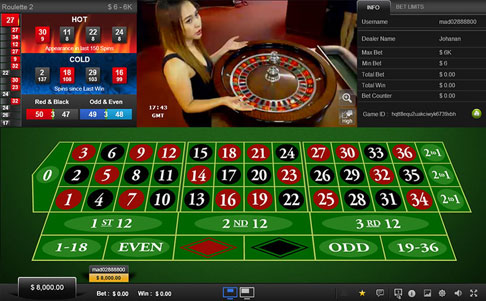 Roulette is one of the most popular casino games in the world is roulette. The game has its pluses and minuses but players should know the odds before setting off, and don’t forget about the “live” dealer version online.

The spinning wheel, the colorful layout, the stacks of chips; Roulette has a lot going for it as a tactile and visual experience but how does that real-life game translate to the online casino.

As a matter of fact, there’s not much difference between the games you find in a brick-and-mortar casino and those you find in an online casino. The odds are the same, the numbers are the same and the rules are basically the same. What’s different is how the winners are determined.

On the real casino floor, the dealer accepts bets, spins the wheel, shoots the ball, and pays or takes the winning or losing chips.

In an online casino, the electronic version of the game performs the same functions as a dealer, but in the absence of a “live” dealer. The players determine the numbers and the money they want to bet, they get a “no more bets” warning, and the “ball” lands in a slot on the virtual wheel to determine who wins. Where that ball lands is determined by a random number generator, the same device that triggers wins or losses on a slot machine. The game is programmed with the same odds as a live game, so your luck will be unaffected by the electronic nature of the game.

There is another option online, however, and that is the “live” dealer. An actual human being appears on your screen and reproduces the exact actions of a real dealer on a real casino floor. The table, , and spinning ball are also “real,” but the payouts are made in virtual chips.

As far as the house advantage goes, roulette isn’t the most favorable casino game. With blackjack and craps, you can reduce the house edge to around 1 percent with the right strategies and betting options. Roulette is fairly straightforward, but it depends upon what version of the game you play. 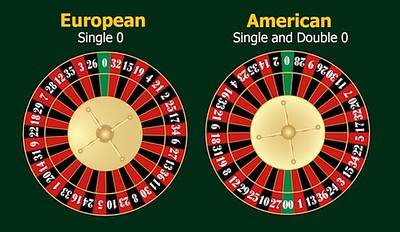 A better version for the players is “European” roulette witch has only a single 0 bet and gives the player a fighting chance with only a 2.7 percent house edge.

And whatever you do, avoid the triple 000 game, which adds yet a third zero bet for a whopping 7.7 percent disadvantage.

Roulette is a game of chance. There is no betting system that will help you win. Forget about those progressive systems like Martingale, Labouchere, Fibonacci, Paroli…. These systems require you to increase your bet after a loss, leading you to the common result of each system… Gambler’s Ruin! If you’re lucky, you’ll win, if not you’ll lose.

However, there are some ways that tracking the results can help you to win. But only on a game where there’s a live dealer, whether it’s in a casino or online.

Here’s how it works.

Roulette wheels spin usually at the same pace at all times. The dealer will occasionally give them a boost right before the spin, but the effort he/she puts into it is usually the same, so the wheel will spin at the same rate. Most casinos require the ball to spin around the edge of the wheel at least three times before it falls, but again, dealers usually spin the ball at the same rate.

Also, sometimes the roulette wheel goes out of balance. This is a delicate mechanism and it’s easy to get it tilted just a bit, which is called “wheel bias.”

So the combination of these variants sometimes causes the ball to land in a specific part of the wheel called quadrants. To take advantage of this system, you divide the wheel into four 9-number quadrants. Determine where those numbers are located on the roulette layout. Some European tables have what’s known as a “racetrack” betting layout that might make it easier to place the quadrant bets. But the racetrack layout is designed for another kind of system, so don’t be confused by the different “call” bets listed there. Keep track of the winning numbers and if any quadrant even approaches 50 percent of the winners in an extended session, you either have wheel bias or dealer error.

Even if you detect no wheel bias, the quadrant bet allows you to cover 25 percent of the wheel, giving you a better chance to win—theoretically at least.

Roulette is fun and exciting and you get the best chance to win by playing only the European wheel, so no matter what system you decide to employ—and the “chaos” system where you just play your lucky numbers is totally acceptable—enjoy the experience.

Who Takes Home the N