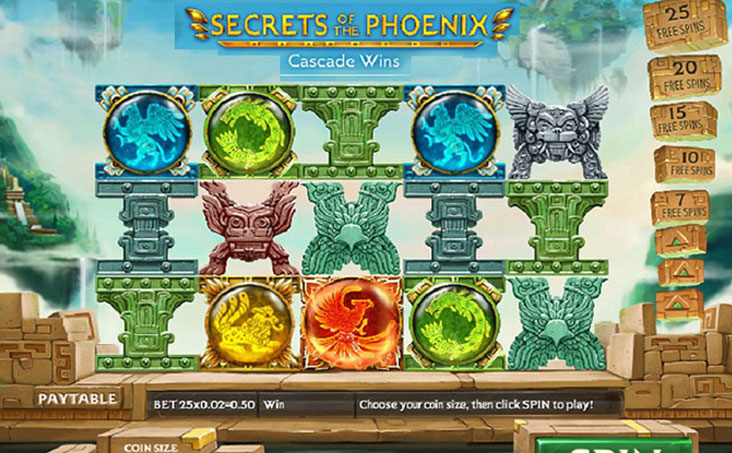 Tropicana Atlantic City runs another of the New Jersey online sites offering exclusive games. Here are some of our favorites.

Last week, we gave you a peek at some of the exclusive slot games offered by the Borgata’s online casino. Tropicana Atlantic City is another casino that offers great games exclusive to the site. Here are a few shining examples.

Secrets of the Phoenix

A five-reel, 25-line game with a minimum bet of 25 cents and a max bet of $100, Secrets of the Phoenix is set on an island replete with exotic birds and wildlife. At its heart is a “cascading reels” feature. When you score a win on the reels, the winning symbols go up in flames and new symbols cascade down to re-fill the reels. That can result in a new winning combination, and the symbols continue to cascade as long as wins are formed.

Quite frequently, the main Phoenix character will appear as a full-reel wild symbol, or even a two-reel wild symbol. The full-reel symbol often will then move to different reels for several subsequent spins, with the potential of huge wins.

The whole presentation of the game is compelling. Instead of the standard reels, the symbols appear as stacked Aztec-like monuments on top of stone ruins. More monuments fall into place as you get wins.

The game also features a free-spin bonus, which occurs at random when the Phoenix rises from the ashes. The entire scene transforms to the reel/monuments inside a tomb-like chamber for the free spins. 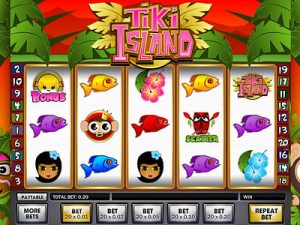 One of the main features of the primary game involves special Tiki Island scatter symbols. Instead of awarding bonus credits, when five of the scatter symbols land anywhere on the reels, the game raises your bet by 100X. If five wild symbols land on the screen, your stake is raised by a staggering 10,000X.

The two bonus features are the Puffer Fish Bonus and the Tiki’s Nuts Bonus.

Three or more yellow puffer fish symbols triggers the former. The screen transforms to an under-sea scene. Three puffer fish pop up on the screen, and the player selects one to reveal credit amounts. The more triggering symbols, the higher the credit awards. There is one puffer fish with no coins behind it, which returns you to the main game.

Similarly, Tiki’s Nuts Bonus, triggered by two or more coconut symbols on a pay line, displays three coconuts on the screen. The player picks one to crack open, again, to reveal either a bonus prize or an empty coconut.

Winning on the go! Caesars is giving you more ways to win with exciting App offers and incredible prizes each month. Find the latest offers and learn how to enter today! 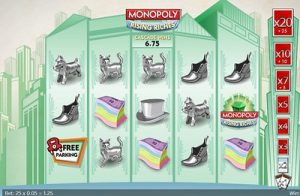 This game is one of several on the Trop site to carry the theme of Hasbro’s legendary Monopoly board game. Reel symbols are icons of the game like the metal tokens, “GO” wild symbols, Free Parking, and one of several property deed cards, which can multiply jackpots by 2X, 3X, 5X, 7X, 10X or 20X, corresponding to the property’s value in the classic board game.

There are numerous other exclusive games available at the Tropicana site. One good feature here is that the lobby gives you a chance to sample each game with a free demo before you choose to wager on one for real money.

Are You the Next iLo