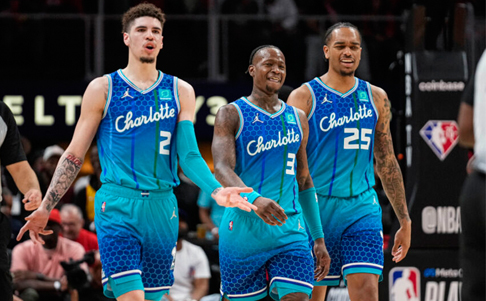 The Charlotte Hornets are one of the NBA’s worst teams but they might present a great opportunity for bettors on the live win total.

The Charlotte Hornets have been bad this season. There really isn’t any other way to put it. They’ve only won 11 total games and have won back-to-back games just once this season. It’s been a disappointing campaign for a number of reasons, but most notably because there were high expectations for this team in the offseason.

The team finished 2021-22 winning 11 of its final 15 games and earned a spot in the play-in tournament. While Charlotte ended up losing to the Atlanta Hawks, the organization had still won 10 more games than in the previous season.

Then, over the summer, Miles Bridges was charged with domestic assault, and suddenly the player they were building around was no longer on the team, and rightfully so. From there, the bad news kept piling up for the Hornets.

LaMelo Ball missed the first 13 games of the season after spraining his ankle during the preseason. He returned for three games before stepping on a fan’s foot during pregame warmups, re-injuring that same ankle. Gordon Hayward and Cody Martin have also missed significant time this season, and Kelly Oubre Jr. will miss the next four to six weeks after undergoing surgery on a torn ligament in his left hand.

Needless to say, reaching their preseason projected win total of 36.5 isn’t a likely outcome. But, could they go Over their live win total of 24.5? I don’t think so.

It shocks me to see that the Hornets live win total of 24.5 juiced to the Over at -122, while the Under sits at +100. Are we watching the same team? If there is something that’s pointing to a massive turnaround for Charlotte in the second half of the season, I’m clearly missing it. I understand that the Hornets dealt with a ton of injuries early in the season that likely caused more losses than expected, especially with Ball being the player to miss the most time. But since he returned to the lineup in mid-December, the Hornets have only won four games. 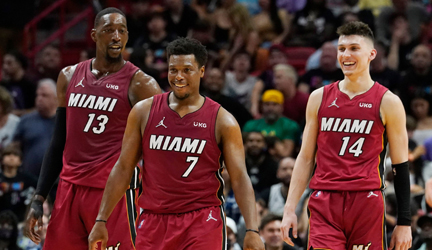 Betting on the Over with the expectation that Ball’s consistent availability is going to be what turns things around over the next few months doesn’t exactly make sense.

Charlotte has also been far and away the worst home team in the NBA this season with only five wins at Spectrum Center. That’s unfortunate because more than half of the Hornets remaining games are at home. They also have five division games yet to play at home, with two against the Miami Heat and Orlando Magic and one against the Hawks. So far this season, Charlotte is just 3-6 against division opponents. Something tells me playing Miami twice at home isn’t going to add anything to the win column.

The Hornets are also 5-20 against teams in the Eastern Conference. Once again, unfortunately for Charlotte, 27 of its final 40 games are against conference opponents. It also only has 13 games against teams that aren’t currently seeded high enough to make the playoffs or play-in tournament. Winning those games isn’t going to come easy when you also take into account the fact that the Hornets own the worst offensive rating in the league and the fourth-worst defensive rating and net rating. 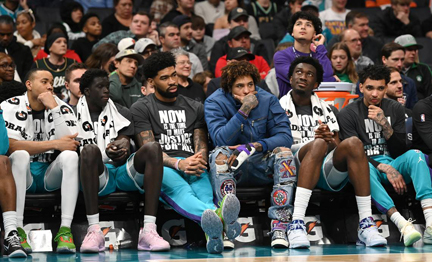 Another factor that could contribute to the Under hitting is the possibility of younger players getting more time on the court. The Charlotte Observer wrote a column on Monday suggesting Hornets head coach Steve Clifford should give more minutes to Kai Jones, James Bouknight, and Nick Richards.

Clifford told the newspaper that those players are seeing plenty of playing time in practice during live scrimmages. Still, if the team’s season is lost, Clifford might be tempted to see what his younger players can do on the court.

If that’s the case, it might be even more difficult to reach the total of 24.5. So, with only 11 wins on the season and 14 more wins needed to go over the market’s current live total of 24.5, I don’t see a world in which that happens. Take the even money on the Under and sit back and watch it cash.