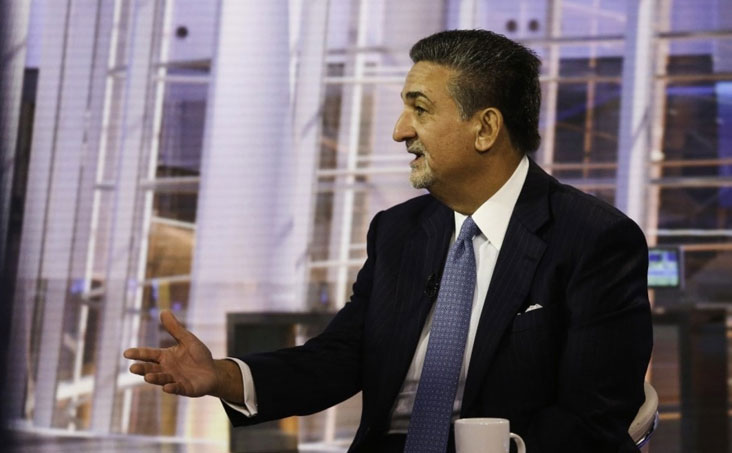 Ted Leonsis (l.) has announced that a restaurant at the Capital One Arena will be remade into a sportsbook under the District of Columbia’s new sports betting law. Leonsis, owner of the Washington Capitals and Washington Wizards, said the sportsbook will be independent from his Monumental Sports company to ensure no conflict-of-interest problems with either the NBA or the NHL.

Ted Leonsis, Chairman of Monumental Sports and owner of the Washington Capitals and Washington Wizards announced that the Green Turtle restaurant at the Capital One Arena will become Washington D.C.’s first live sportsbook.

Speaking in front of an audience at the MGM National Harbor before a three-day sports betting executive summit, Leonsis said plans are underway to transform the restaurant with hopes of opening this year. The restaurant had been independently owned, but was purchased by Monumental last month.

Leonsis said the operator of the sportsbook will be independent from Monumental to ensure there is no conflict of interest problems with either the NBA or the NHL.

Leonsis said betting information would be available as early as April to Capital One Arena patrons, but the actual construction and building of the sportsbook will probably take most of the year.

“So, we would like to re-imagine the arena and take a big piece of real estate and then partner with someone who is great at developing a sportsbook, but then the environment around that,” he said. “Someone that would construct and build a beautiful restaurant with fine food and high fidelity of bandwidth to deliver the information, and big screens that would subscribe to rugby games and soccer games and tennis matches. And maybe someone would just want to come in and have lunch and be with their friends and make some bets.”

Reports have also surfaced on plans for a live sportsbook at Nationals Park. Since Washington has no casinos, the district’s new sports betting law allows sportsbooks in sports venues. The district is creating a special class of gambling licenses for the four current professional stadiums: Capital One Arena, the sports and entertainment venue in Southeast D.C., Audi Field, and Nationals Park.

“We wanted it,” Nationals owner Mark Lerner told WTOP.com in a recent interview. “Monumental Sports kind of took the lead, and it’s silly for all of us to be trying to take the lead on it. They did a wonderful job.”

Lerner said the team has been reviewing several options to include a sportsbook in the stadium, but did not disclose details.

“Oh, a lot of thought,” Lerner said. “And a lot of money with architects. We’ve come up with what I think is a very unique way to do it.”