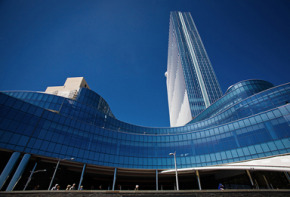 It’s not yet clear if developer Glen Straub will need a New Jersey casino license to lease casino space at his Ten AC property—formally the Revel casino in Atlantic City.

But the property has shown some life by launching a social gaming site titled Play.TenACNJ.com.  The site is powered by GAN and offers slot play and table games for free play.

Of course, New Jersey is one of three state’s that allow online gambling and has the biggest online market currently in the U.S. GAN is already licensed for real-money online play in New Jersey and operates sites like Betfair’s New Jersey site.

Still, Straub continues to fight with regulators in New Jersey and has missed several announced dates for a re-opening of at least parts of his Ten property.

Those fights have included battles over occupancy permits and liquor licenses, but most notably over whether Straub needs a casino license. Straub says he wants to lease casino space at the property and shouldn’t be required to obtain licensing.

However, the state’s Casino Control Commission has ruled that Straub does need a license, as it has in similar cases in the past. Straub has challenged the ruling in court.

Also, the state Casino Reinvestment Development Authority—which runs the city’s tourism district—said Straub has still not met requirements for a land-use certificate for the property.

In the meantime, there will be games of chance at Ten, just online and not for real money.