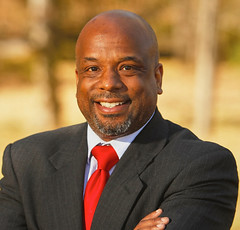 Sports betting could begin in Tennessee in January in time for the Super Bowl, said state Rep. Rick Staples (l.), who sponsored the mobile/online sports wagering legislation. "Everyone thought I was an idiot for trying it," he said, and added he was pleasantly surprised when his measure passed the legislature and wasn't vetoed by anti-gambling Governor Bill Lee.

“We would hope the sports betting launch could happen in October, but I don’t foresee that. It will be November at the earliest,” he said. “I have a pin stuck in January, in time for the NBA playoffs and March Madness in the spring. I really do believe that by the time the Steelers play in the Super Bowl in February, people will be able to place wagers in Tennessee.”

Staples said the Tennessee Education Lottery, which will oversee sports betting, currently is hiring new employees to help implement the new law, drafting rules and regulations and launching online and mobile sports betting applications. He noted, “The director of the lottery (Rebecca Paul Hargrove) is an international star in what she does. They have a tremendous staff and legal team. They’ll get it done. As soon as they line up the advisory council for sports betting they’ll be in great shape.”

Looking back on how the sports betting bill became a reality, Staples said he was surprised that his measure passed the Senate and House and wasn’t vetoed by Governor Bill Lee, who has expressed his opposition to gambling. “Everyone thought I was an idiot for trying it. To go from, ‘What were you thinking?’ to having it pass is amazing. It’s good to be the first in something that will generate, and maintain, dollars in our state,” he said.

So far, Tennessee is the only state to allow sports betting without brick-and-mortar sportsbooks. “We wanted to make sure we did online/mobile because that’s where the trend of the future is. Everyone is using their mobile devices. We were trying to keep with the trend,” Staples said.

Lee was willing to accept online/mobile platforms as opposed to allowing brick-and-mortar sportsbooks. He let the bill become law without his signature, but promised to veto any future gambling expansion measures.

There were some dramatic moments as Staples’ bill moved along the legislative process. At a March hearing, an amendment was discussed that would have prohibited betting on major holidays and on Sundays from 3 p.m. to 10 p.m.—peak sports hours. The amendment was defeated.

But Staples said that was just one of the hurdles he had to overcome. He explained, “I think you have to listen to your colleagues. I tried to be available for questions, knowing that this was new. There were a lot of whisper campaigns against the bill. We didn’t want to regulate the freedom of choice. It’s not for us to tell what people to do with their money. That was my argument against that amendment. There were a lot of things that could have stopped the bill. We worked through it with bipartisanship.” He added, “I think with any legislation, as you’re trying to argue the intent and maintain the character, you think anything could come off the rails.”

Tennessee’s sports betting law was the first to give professional sports leagues a mandate for using their data for in-game wagering, as long as it is below “commercially reasonable” pricing. Other states, including Illinois and Michigan, have used Tennessee’s law as a model. Staples commented, “A lot of people are trying to model our bill. For me personally, that’s amazing. I didn’t realize it would have the ripple effect for people outside of our state.”