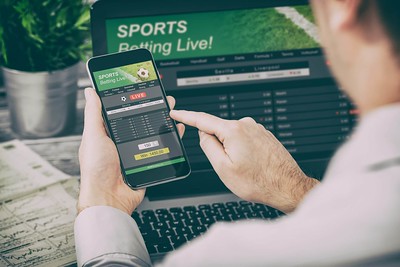 Tennessee’s first sports bets could be accepted by November 1; it will be the first state in the country to go mobile-only for sports betting. But stifling rules could hurt the success rate, especially a mandatory hold.

Could Tennessee finally have a launch date for sports betting?

If Tennessee Lottery President and CEO Rebecca Hargrove is right, bettors will be able wager on NFL games by November 1, making the state the first mobile-only market in the country. Tennessee has no casinos for conventional sportsbooks.

The lottery has taken a lot of criticism for some stifling regulations, such as a high hold cap and high licensing fees of $750,000. The hold of 10 percent could impact betting lines, and that could impact the number of customers.

The states with more than a billion dollars in sports betting handle since June 2018—Nevada, New Jersey, Pennsylvania and Indiana—range from 6.1 percent to 8.2 percent holds. The national hold average is about 7.5 percent, according to a study of Tennessee’s proposed cap by industry analysts Eilers & Krejcik Gaming. Eilers estimated Tennessee could cost itself $11 million because of the hold rule.

The legislation established a tax rate of 20 percent, again one of the highest in the country and requires the use of official data from sports leagues. The regs also prohibit in-play betting on college sports, according to

BetMGM, DraftKings, FanDuel and a local Tennessee outfit have filed applications with the lottery, according to Sports Handle. The local applicant, Action 24/7, runs a free-to-play website.

Operators will be penalized if they don’t meet the 10 percent cap. The lottery folks discussed a $25,000 penalty to operators if they go below the 10 percent hold, but the council did not agree on a time frame, according to TN Bets.