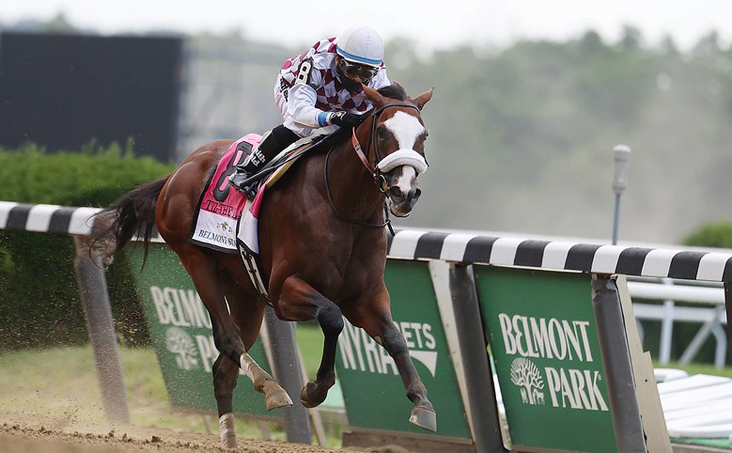 How much do you know about the fabled Run for the Roses, set to run this Saturday? Find out with this quick quiz, filled with trivia from famous and obscure Derby contenders.

The 146th Kentucky Derby is finally here, three long months after the original race date of Saturday, May 2.

Before the call to post at 7:01 p.m. ET this Saturday, let’s see how much you know about the famous Run for the Roses.

But first, a brief history. Dating back to 1875, the Kentucky Derby is the longest running sporting event in the United States—it’s never been cancelled, through two world wars, the Great Depression and now, the coronavirus.

Known as “the most exciting two minutes in sports,” it was last postponed in 1945, at the end of World War II. And in March, Churchill Downs officials opted to postpone it for 2020 due to Covid-19 outbreak. But clearly, nothing can stop these ponies from running.

This year’s Triple Crown calendar was shaken and stirred: the Belmont Stakes, usually the last race in the series, was held in June. The Preakness, which is usually the second leg, will be held in October.

But the can’t-miss event is always the Derby, renowned for its mint juleps, extravagant hats and “My Old Kentucky Home.”

Kentucky Derby Bet Back Offer! TwinSpires.com is now offering a $200 new-player sign-up offer. Create your new wagering account with TwinSpires.com and earn a $200 bonus—doubled from $100 for the big race!

Tiz the Law the Universal Favorite

Come Saturday, 20 thoroughbreds will run the race of their lives, with Belmont Stakes winner Tiz the Law pitted against Honor A.P. and Authentic.

That said, this son of Constitution will be coming off a four-week layoff, so he’ll be primed for peak performance. Also in his favor: he’s known for fast finishes, having closed the final three-eighths of a mile in both the Belmont and the Travers Stakes in under :37 seconds.

So, are you ready to play Derby Jeopardy? Let’s get started: