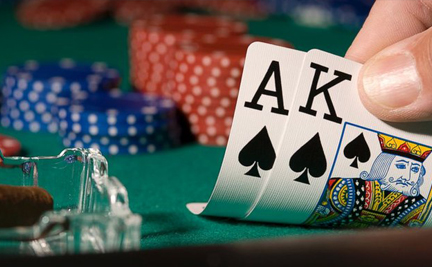 Almost 50 million Americans play Texas Hold’em every year. It’s the most popular poker game by far, even more so with its availability online. Here’s how to play to win.

In 2003, an unknown Tennessean named Chris Moneymaker won the World Series of Poker Main Event, and changed the game forever.

The aptly named Moneymaker first got into the WSOP through a $40 online satellite, then went on to bag $2.5 million at the table at Binion’s in Las Vegas. His victory kicked off a poker boom that continues today. In fact, as Moneymaker himself noted in an interview this year, when he first played in the ME, a total of 839 players participated. This year, some 7,000 or more players are expected to take part in the tournament, which will be played online this year due to Covid-19.

Texas Hold’em is the most popular poker variant. No longer just a weekend “fellas” gathering, this is a big-time business (some 70 million-plus standard decks of cards are sold every single year). So let’s break down some the basics and look at some winning strategies at the tournament tables:

Create a new player account at PartyPoker.com, and get a 100% deposit match up to $600. That’s real money you can use to try out a new cash or fast-forward cash table, try out casino games and more. Play today!

PalaPoker.com welcomes you with a $25 sign-up bonus, no deposit required, and up to $500 in First Deposit Bonuses! Start playing today.

Finally, poker is all about creativity. From your body language to your look, from your play to your table image. If you can keep your opponents on their heels and guessing at every one of your moves, you’ve got them in your control. You’ll eventually get all their chips or even better, they’ll just punt them to you. Game over.