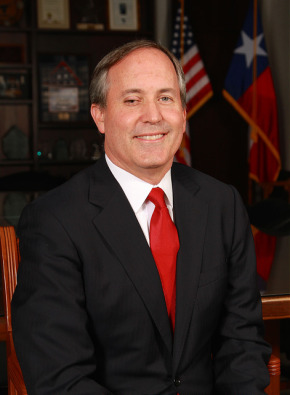 A writer with connections to Texas created fantasy sports as a hobby in 1979. Today fantasy sports are played in 40 states, including Texas, where more than 4 million Texans play the games—700,000 on a daily or weekly basis. To date, 10 states have updated their statutes to affirm the rights of their citizens to participate in the competitions. Now Texas House Bill 1457, co-sponsored by state Rep. Rodney Anderson, “clarifies and affirms the rights of Texas fantasy sports players to participate in this research-oriented game of skill.”

Anderson added, “With the swift emergence of new technologies and innovation, we now commonly face the challenge of ensuring old regulations do not create unintentional barriers to growth and investment regulators may have never contemplated. House Bill 1457 would simply clarify the law to keep pace with technology and permit Texans to play the fantasy sports games of their choice. This legislation is a common-sense way to ensure Texans can play fantasy sports without the government looking over their shoulders or, worse yet, reaching into their pockets.”

Fantasy sports players in Texas are pushing for the bill since Texas Attorney General Ken Paxton last year stated daily fantasy sports were illegal gambling under state law. As a result, FanDuel left the state as part of a settlement, but DraftKings filed suit against Paxton. The games are continuing while the suit works its way through the courts.

Under House Bill 1457, fantasy sports contests would be defined as a game of skill; it bans employee play and requires players must be at least 18 years old; and it allows the attorney general’s office to take legal action against operators. House Bill 1418 and 1422 give the secretary of state the power to oversee and regulate the industry and require fantasy sports websites to pay a $5,000 fee annually. They also require players’ funds to be kept separate from operating funds, in response to a fantasy sports operator filing for bankruptcy while owing players more than $1 million.

Since the Texas legislature meets only meets two years, if a fantasy sports bill doesn’t pass this year, the next opportunity would be in 2019. Another consideration is that DraftKings and FanDuel may end up merging. In that case, observers wonder how the new company would deal with the state, whether FanDuel would reconsider its settlement and fight Paxton’s opinion along with DraftKings.

Anderson said, “The current laws were written well before the rise of computers, and it is the responsibility of the Texas legislature to clarify those statutes and protect the right of millions of Texans to play fantasy sports.”

Currently, Texas only allows a lottery, parimutuel betting on horse and dog races and one tribal casino.