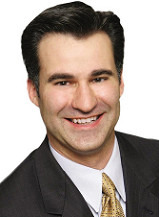 Texas state Rep. Roland Gutierrez recently filed House Bill 3043 which would approve casinos. “Things are going to change going forward. This state has to change. So we have to open up the discussion on gaming. We’re not asking for wide open casinos on every corner, we’re asking for 13 destination resort casinos,” Gutierrez said. The bill would require county referendums. “Let’s let the people decide. Let’s hear from them,” Gutierrez said.

He commented Texas is losing $3 billion annually to neighboring states, “those four states around us that have gaming.” He said that figure was determined by economists who counted the number of Texas license plates on cars parked outside of casinos, then divided the amount of money spent there by that percentage. He said that money could be used for education, infrastructure and emergencies. “We need to come up with taxing revenue that doesn’t come from raising folks’ property taxes,” Gutierrez added.

Christian Life Commission lobbyist Rob Kohler countered, “For every dollar that’s put in a slot machine, what’s coming out to help is 1-2 cents. That’s a very ineffective tax and, on top of that, we know that it’s a very regressive tax.”

Regarding county referendums, he said, “Any vote, whether it’s under the guise of a county vote or for that matter I’d argue fantasy sports trying to commercialize, that would also trigger federal gaming laws, which I don’t think anybody wants 120 casinos throughout this state.” He predicted Gutierrez’s bill will fail. “You’re not going to expand casinos in this state, not with the governor that we have,” Kohler said.