Texas Open: Runup to the Masters 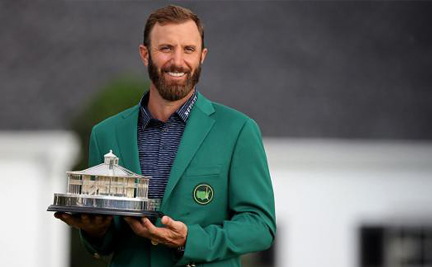 Dustin Johnson is favored to repeat his 2020 Masters Tournament victory this year. But just try handicapping November’s contest against one being held in the spring.

Last year’s Masters Tournament was played in November, instead of the second week of April, because of Covid-19.

This year, the tournament’s returned to its usual spring date (Thursday, April 8 through Sunday, April 11), and this week’s Valero Texas Open is a runup to the Masters. But if you’re betting on golf’s first major championship on the men’s calendar, real handicapping information could be hard to come by.

Clearly, Augusta National will play differently in the spring than it did last winter, when Dustin Johnson won with a score of 20-under-par. That mark set a record for the lowest winning score, besting the previous record of 18-under, set in 2015 by Jordan Spieth and in 1997 by Tiger Woods.

Spieth said he’s not looking to gain any knowledge from Johnson’s 2020 victory. “If you’re looking at a 10-under-par score winning, I don’t think there’s a whole lot you can draw on from this last Masters,” Spieth said. “Balls are going to go way further off the tee, but then your shots in have to be so much more precise. You just can’t get away with your misses in the wrong spots, like you maybe could on a couple holes.”

Though the last three Masters have produced winners with double-digit scores, Justin Thomas believes last November was an anomaly.

“To be honest, I thought it was a different golf course,” Thomas said. “I think D.J. would have won whether it was in November or April. He played far and away better than everybody else.”

Spieth agreed that, regardless of how the 2020 tournament played, with the course at Augusta National colder and greens a lot softer, “I think Dustin Johnson wins the Masters” in 2021.

Get 40% more on parlays at BetMGM.com! Just opt in and place a 4-7 leg parlay on any combination of sports and sporting events.

Among younger players who did well in November was Corey Conners. Though he tied for 10th at the 2020 Masters, Conners believed that was because of strong play, not a soft golf course.

“I think I’ve had a number of good finishes over the last six months or so, and those have all been big confidence-boosters to me,” Conners said. “I’ve been really patient and a lot of good things have happened … I definitely have a lot of confidence right now, going into a big event.”

Register a new account at WilliamHill.com. If you lose your first sports bet, you’ll earn a Free Bet in equal value up to $500!

Who Will Sit Out Valero? 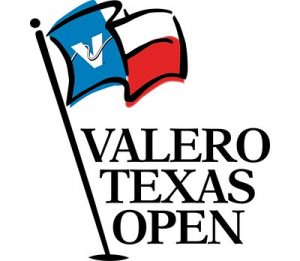 This week, the tour is in San Antonio and several top players, such as Rory McIlroy and Jon Rahm will skip the event. The favorite, Johnson, was entered to play, but decided to withdraw and focus on defending his green jacket. Ryan Brehm will replace Johnson in the field.

Justin Thomas never had any intention of playing this week, saying he knows it’s better for his game to take the week off before a major championship.

“I don’t really see a situation in my career where I would play the week before, or even the other majors,” Thomas said. “I mean, I’ve always enjoyed taking that week off.”

The winner of this week’s Valero Texas Open will get 500 FedEx Cup points and a $1.386 million share of the $7.7 million purse.

With a win at the Texas Open, players have an opportunity to earn a spot in the biggest tournament of the year. Since Rickie Fowler has fallen out of the top 50 in the world, he’ll need to bring home a win in San Antonio in order to avoid missing the Masters for the first time in 10 years. Fowler, 32, has played in 41 consecutive majors. He has three top-10 finishes at Augusta, including his runner-up to Patrick Reed in 2018. William Hill has Rickie 66-1 odds. If he pulls it off, fans could end up with a nice chunk of change.

Even with several pros sitting out this weekend’s Texas Open, this runup to the Masters could provide the opportunity to earn a spot in Augusta, making this tour stop an important event.

Keep up with sports and sports betting. Don’t miss a single, action-packed, odds-packed issue of iGamingPlayer! Sign up below.