The Ink Is Dry: Sports Betting & iGaming Are Legal in Michigan 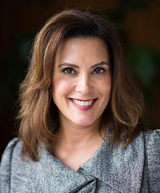 Michigan Governor Gretchen Whitmer (l.) signed legislation to legalize sports betting and iGaming in the Wolverine State. It’ll be a few months before residents can bet, as casinos undergo the licensing process. Bettors are hopeful books will be up and running in time for March Madness.

Call it an early Christmas present for sports bettors in Michigan. With the stroke of a pen on Friday, December 20, Governor Gretchen Whitmer signed a bill that will introduce legal sports betting and iGaming to the state. Whitmer signed another bill that sets up regulations for fantasy sports.

Bets will not be taken for a couple of months, as the state’s commercial and tribal casinos first must go through the licensing process. Residents likely will not be able to bet on the Super Bowl in February, but could place wagers during the NCAA men’s division basketball tournament, aka March Madness.

“Retail sports betting has always been legal,” he noted, since the U.S. Supreme Court lifted the federal ban on sports wagering in 2018. “In 1996, the voters voted on a referendum that would allow the three commercial casinos in Detroit to allow Class III games, and sports betting was on that list.” No retail sportsbooks opened because Class III gaming in Michigan is taxed at 22 percent, Iden pointed out.

During the negotiations, Whitmer sought tax rates of 15 percent and 18.25 percent, for tribal casinos and their commercial counterparts. The new legislation sets the rate at a far more palatable 8.4 percent, with Detroit casinos to pay an additional 1.25 percent tax to the city.

Whitmer called the new industry “a bipartisan win” for the state, with taxes going to fund public school education and aid first responders with certain cancers. The Michigan Department of Treasury estimates the bets will bring in $19 million in new revenue; Whitmer’s office calculated a boost of $4.8 million for the School Aid Fund and $4 million for the First Responder Presumed Coverage Fund.

Marvin Beatty, vice president of community and public relations at Greektown casino, one of three casinos in Detroit, told the Detroit News that sports betting will start at retail books, then migrate online.

Beatty called Friday a “huge day” for the state and sports bettors. “It’s all new revenue,” he said. “We are absolutely excited about sports betting being legalized and about what it can mean for the casino, for the state of Michigan and for the city of Detroit.”

“They basically opened up the floodgates,” agreed Frank Fantini, CEO of Fantini Research.

In a statement, Iden said the new laws brings Michigan into “the modern era of gaming. We’ll have a safe, regulated environment for the thousands of Michigan residents who for years have been forced to travel to other states or play on risky offshore sites.”

The loyal opposition includes Senator Ed McBroom. Before the bill’s passage, McBroom blasted “the business of gambling,” and said it “does everything it can to take the largest possible legal amount of money from every user it can.”

Analyst Alex Calderone said the move is a good one. “Michigan finally jumping on the legalization bandwagon makes a lot of sense,” he said in a statement. “This will result in sizable incremental tax revenues that otherwise would have gone uncaptured by the state. The only parties that stand to lose from this legislation are those who operate illegally under the black markets.”

At least the state has no NFL contender—Forbes magazine has called the Detroit Lions longstanding members of the “Non-Super Club,” on a list of several teams who “might never make it to a Super Bowl.”

On the Right Track: