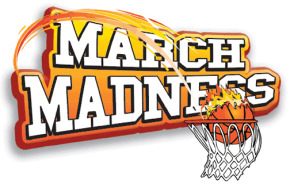 A rare boxing, basketball and baseball bonanza is about to greet bettors.

Boxing unfurls a high-profile, competitive fight March 4 at Barclays Center in Brooklyn. Keith Thurman faces Danny Garcia in a clash of unbeaten welterweight champions. Garcia is 33-0, Thurman 27-0.  Both have decisioned former champion Robert Guerrero. Neither feels like an underdog in this title unification.

Bettors enjoy one of boxing’s best lines, with Thurman roughly a 2-1 favorite. Some sites have Thurman at -180, (9-5) for line-shoppers looking to back him. Garcia is as much as a 5-2 underdog in some places. Thurman has faced slightly better opposition.

Projected win totals for many teams are close to their final number and for some, like the Los Angeles Dodgers, the prediction has been dead-on for three straight years. One can follow teams closely and determine whether they are playing well above or below season-long expectations. This lets bettors anticipate and ride in-season streaks. For daily action, also keep your eyes on overworked bullpens.

Individual props are risky. Giancarlo Stanton was well on his way to paying out a 6-1 premium to hit 50 home runs two years ago. He had 27 of them in 74 games. Then he got hurt—and a looming win was busted.

The books don’t believe the rich got much richer. Cleveland, which won 94 games last year, opened at 93 in early lines from William Hill. Boston was at 93, matching last season. The Chicago White Sox, however, saw their over-under drop to 71 after unloading Sale for a harvest of prospects.

The Baltimore Orioles, who opened at 81, are expected to win a whopping eight fewer games than last year. And the Kansas City Royals had a 76 over-under after winning 81 last year.

As for hoops, March Madness begins March 14. The No. 1 seed is 128-0 all time versus the 16th seed. Upsets occur most readily in the 5-12 and 6-11 matchups, where the underdog wins more than one time in three. It is difficult for oddsmakers to hone in on teams that usually haven’t played each other, so early-round opportunities abound.

Find your angle and grab them.