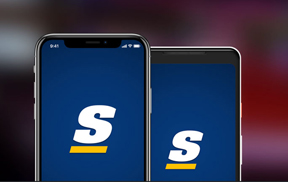 Toronto company theScore Inc. has launched a new sports betting app just in time for NFL season. The company says it will first offer the app to a select group of sports bettors in New Jersey before a statewide launch prior to football’s first kickoff in September.

After getting the green light to unveil a mobile application for sports betting in New Jersey, Canada’s theScore Inc. rallied to its highest share level since July 2015. Shares of the small-cap company climbed as much as 18 percent August 16, taking the month’s rally to 35 percent.

The Toronto-based company said that it would first offer the app to a select group of sports bettors in the New Jersey before a statewide launch ahead of football season, according to Bloomberg.

“This is a huge milestone,” founder and CEO John Levy said in a statement. The company first announced plans to start a mobile betting app in the Garden State last year following a licensing deal with racetrack operators Meadowlands and Monmouth Park.

New Jersey has “the most advanced and developed online sports betting market in the U.S.” said Cormark Securities Inc. analyst David McFadgen, who initiated coverage of theScore on Friday—before the company announcement—with a buy rating.

In addition to the latest approval, the company inked a deal last month with Penn National Gaming Inc. to inaugurate a mobile app for online betting in 11 U.S. states including Ohio, Texas, and Massachusetts. In return, Penn National will take a $7.5 million equity stake in theScore.