These NHL Playoffs Are Dogfights 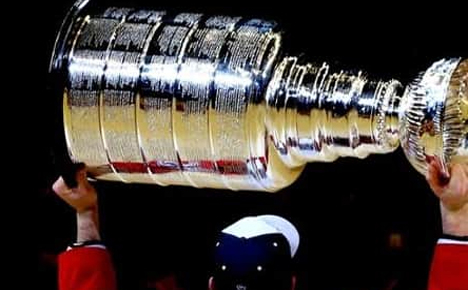 The oddsmakers didn’t see it. The favorites to end up in the Stanley Cup Final both were foiled by underdogs. One has bounced back, another faces elimination. Let’s look at this nail-biter on ice.

The semifinals of the NHL Playoffs aren’t going as oddsmakers predicted. Before the latest series—New York Islanders vs. Tampa Bay Lightning and Montreal Canadiens vs. Vegas Golden Knights—the odds to win the series had some of the biggest lines in recent memory.

Tampa Bay, the defending Stanley Cup championship team, was -300 at most sportsbooks to defeat New York. The odds for Vegas were even longer to overtake the Canadiens at -450. Those odds even went up to -550 after the Golden Knights won the first game.

But both favorites find themselves in dogfights, and while one team has bounced back, the other finds itself on the brink of elimination.

Join Unibet.com today and get $20 free—no deposit required! Your first cash sports bet is insured up to $250 back if you don’t hit a winner. 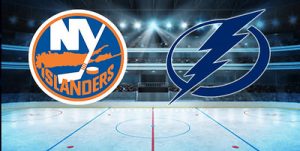 New York tied the series up 2-2 with a 3-2 victory at home last Saturday, Tampa Bay coach Jon Cooper told the media his team needed to score more, and the Lightning apparently got the message. They embarrassed the Islanders in Game 5 at home, winning 8-0 on Monday.

Tampa Bay now has a 3-2 lead in the series and had a chance to close it out on Wednesday. To do that, however, they will have to win on the road. Oddsmakers have them as the -160 favorites. The line opened at -152. The Islanders are +140.

New York head coach Barry Trotz said losing by eight goals the previous game should have served as a wake-up call for his team. “If that doesn’t motivate us, then I’m not too sure what will,” Trotz said. “There’s nothing I can say that will motivate them. We’ve just gotta man up. We have to leave our best game out there now. …We put ourselves in a real tough bind.”

Before the semifinal series between Vegas and Montreal, the Golden Knights were heavily favored at -450 to win the series. Since then, the Canadiens have given Vegas all it can handle. The Golden Knights won the first game, but lost the second and third. They went into Game 4 on Sunday in Montreal in a must-win situation.

Head coach Pete DeBoer changed his goaltender, switching from Marc-Andre Fleury to Robin Lehner. The move paid off, as Lehner was strong in goal, allowing just one goal. The game went to overtime, and Nicolas Roy scored the game winner for Vegas to even the series.

The Golden Knights returned home to face pesky Montreal, and DeBoer went back to Fleury. The Vezina Trophy finalist wasn’t the problem, however. It was just about every other facet of the game. Vegas looked tired and slow against Montreal, and the Canadiens pulled off the upset, 4-1.

“We weren’t playing very well, so maybe we deserved it,” said Vegas defenseman Brayden McNabb. “We got outworked from puck drop. It is what it is.”

DeBoer was at a loss for what happened in Tuesday night’s game. “I don’t have a clear answer for you other than we’ve been in this type of spot before,” he said. “We’ve had adversity before, and we’ve responded the right way every time with this group. I’m confident we’ll be ready to go in Game 6.”

They better be, or their season is over. The Golden Knights are the favorites to win on Thursday on the road at -140, while Montreal is at +120. “We’ve got to play better. We know we can,” forward Nic Roy said. “When we play our best, we have four lines, six Ds and everyone’s going, going hard. One line right after the other. I don’t think we did that tonight, so we’ll refocus and get ready for the next game.”