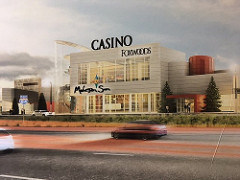 A federal court judge last week put a third Connecticut casino owned by the state’s two gaming tribes in jeopardy when he issued a 58-page opinion. Judge Rudolph Contreras of the U.S. District Court of the District of Columbia ruled that Connecticut and the Mashantucket Pequots have no legal standing to ask Department of the Interior Secretary Ryan Zinke to accept revisions to the state’s existing gambling agreement with the tribe.

The tribes had proposed a casino in East Windsor, just 12 miles from the new MGM Springfield casino. The third facility was designed to blunt losses to the new casino.

When the state legislature passed a bill that changed the compacts in 2016, it was contingent on approval from Interior to make sure that the state’s current revenue stream from the two existing tribal casinos wouldn’t be interrupted. And to make matters worse, he gave MGM Resorts the right to intervene should the tribes and state appeal his decision. MGM has proposed its own third casino in Bridgeport, which it contends would benefit the state greatly, but has been blocked because no bidding process had been established.

“The thorough and unambiguous federal court ruling can only be seen as a clear rejection of the tribes’ insistent efforts to obtain a no-bid commercial casino license in Connecticut,” MGM said in a statement Sunday night. “It has become increasingly apparent that the tribes’ promises of legal victory, no matter how often they are repeated, prove hollow.”

The tribes responded that they wanted to continue to fight.

“We remain committed to both seeing this process through and to the people of Connecticut and our partners in state government,” Andrew Doba, a tribal spokesman, said.

“We are disappointed with the court’s ruling, which we are continuing to review as we evaluate possible next steps,” it said.

“Connecticut residents are best served by the state spending less time in court and more time on real opportunities to maximize economic development and job creation,” MGM said in the statement. “That’s why each passing month makes it more obvious that the most productive path forward for Connecticut is to pass legislation calling for competitive bids on any new commercial casino in the state, and to get started on that process.”