This NHL Qualifying Series Line Presents A Ton Of Value 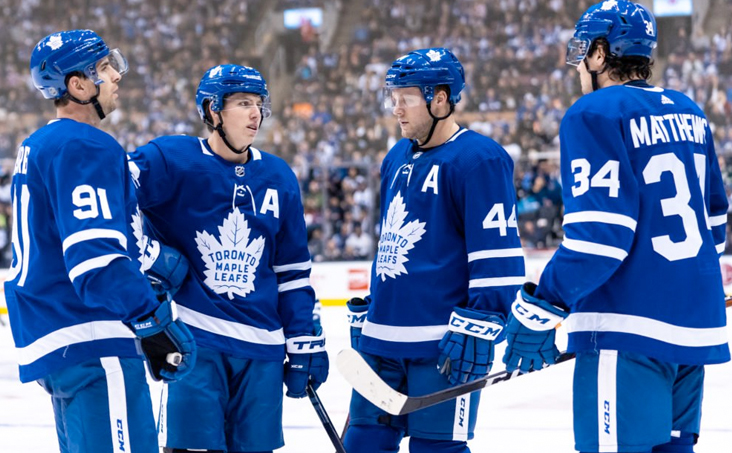 NHL’s best-of-five Qualifying Round series will determine who will go to the Stanley Cup Playoffs. Here’s our pick in the matchup between the Toronto Maple Leafs and the Columbus Blue Jackets.

Although the exact dates aren’t set in stone, the NHL has released its Qualifying Round matchups. The best-of-five series will determine who will move into the Stanley Cup Playoffs and should be quite an exhilarating way to resume the 2019-2020 campaign.

The Toronto Maple Leafs (36-25-9, 81 points) are -175 favorites to win their Qualifying Round series against the Columbus Blue Jackets (33-22-15, 81 points), a 63.6% implied probability. However, using BetQL’s proprietary model, we simulated this series 10,000 times and are giving the Maple Leafs an 84.1% chance to win it. For reference, that probability converts to -529 odds in Toronto’s favor.

Toronto is an offensive juggernaut. In fact, the over has hit in 56.7% of their games (the fourth-highest rate in the NHL) and they’ve scored a whopping 237 goals (the second-highest total), including 137 wrist-shot goals (2nd-most) and 24 slap-shot goals (9th).

Meanwhile, the Blue Jackets can’t pride themselves on their offensive production. Columbus’ 180 goals scored ranks 28th out of the NHL’s 31 squads, despite netting 49 snap-shot goals (most in the NHL). Further, 60.9% of their contests have finished under the total, the 2nd-highest rate in the league.

As you might imagine based on the over/under trends above, the Maple Leafs have struggled on the other side of the ice. They’ve surrendered 222 goals, the sixth-highest mark. Meanwhile, the Blue Jackets have been stout defensively, allowing 183 goals (4th best).

Interestingly, the number of shots that the teams take is almost identical; Toronto posts 32.9 shots per contest (6th-most) and Columbus averages 32.5 (8th most). But the quality of shots that both teams attempt is quite different.

As noted above, Toronto makes a living peppering opposing goaltenders with wristers and slap shots and tend to play at breakneck speed while Columbus are snapshot artists who play at a more measured pace. The Blue Jackets have scored just 86 wrist-shot goals (third-fewest) and 12 slap-shot goals (second-fewest). The Leafs have also been successful on the power play, posting a 23.1% success rate (6th), while the Jackets have struggled badly in that regard, as indicated by their 16.4% mark (27th).

The NHL hasn’t resumed yet, but BetQL has four different international soccer products to take advantage of, including the English Premier League! CLICK HERE to lock in a special discounted rate on your annual subscription. Best bets from a proven model, live betting data and more.

Online Slots: Do You