HomeThe ShuffleTiger’s Back at PNC Championship

Tiger’s Back at PNC Championship 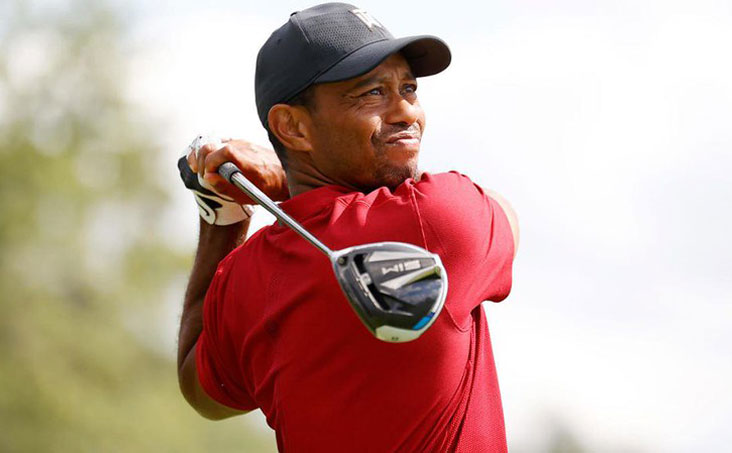 Tiger Woods will tee off with son Charlie at the PNC Championship this weekend. It’s Tiger’s first outing since a serious February car crash; Team Woods will compete against other pros and their family members.

Tiger Woods is back in action at the PNC Championship December 18-19 in Orlando. He’ll join a field of 20 champs for a total purse of $1.085 million in a two-day, 36-hole scramble. 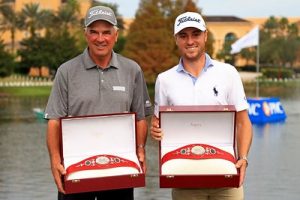 For the second year in a row, the golf legend and his 12-year-old son Charlie will participate in the tourney, in which the stars of the game compete alongside non-PGA Tour card-holding family members.

Last year, Justin Thomas and his dad (l.), Mike, pulled off a three-shot victory over Vijay Singh and his son, Qass, to hoist the Willie Park Trophy, and Woods & Son tied for seventh. It was Tiger’s last outing before the February car wreck that landed him on the DL for much of 2021.

Woods acknowledged as much in a tweet: “Although it’s been a long and challenging year, I am very excited to close it out by competing in the PNC Championship with my son Charlie. I’m playing as a Dad and couldn’t be more excited and proud.”

Get the Golden Lines Daily Odds Boost at Golden Nugget Sportsbook! Check out the enhanced odds and specials, updated every day. 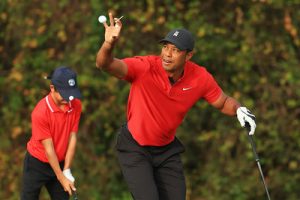 Once again, oddsmakers have Team Thomas as the one to beat. But all eyes will be on Woods, who’s endured 10 months of grueling rehab and admits he has a “long way to go” before he can return to the PGA Tour.

According to the PGA, it’s a testament to Woods’ resilience that he’s making this appearance at all; he’ll be permitted to use a golf cart to get around.

And then there’s Tiger 2.0—young Charlie. According to the PGA, Charlie Woods “stole the show” at last year’s tournament, “showing off incredible skills for an 11-year-old, not to mention so many of his father’s famous mannerisms. … his dad’s laser focus, the spinning club twirls and even his dad’s trademark fist pumps.

“Charlie’s 5-wood from 175 yards to 3 feet to set up an eagle-3 at the par-5 third hole made the highlights of every media outlet on the planet.”

Sink a hole in one at BetMGM. Just sign up to wager on the PNC, and you’ll qualify for a risk-free first bet up to $1,000.

Here’s the complete lineup for the PNC Championship, founded in 1997 as the Father-Son Challenge, and later changed to admit other family members:

At Caesars Sportsbook, your first real money wager will be matched with a Free Bet up to $1,001 – win or lose! Minimum odds -200. 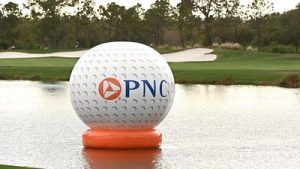