HomeThe ShuffleTiming Is Everything for NFL, College Football Bets

Timing Is Everything for NFL, College Football Bets 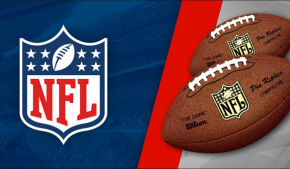 Calling all gamblers, oddsmakers are catching up to the hot NFL teams.

The Chiefs have reached a rare height, being assigned the highest point spread of the year. This is only the 23rd time since 2000 that a team has been picked by 17 points. The record of 17-point favorites (and I knew you’d ask) has been 8-12-2 over this span. That’s kind of the way oddsmakers would like to see it. Making a team close to .500 against the spread will encourage action on both sides.

The Seattle Seahawks-Los Angeles Chargers over-under bet last-week revealed why bettors get palpitations. The over-under was 48. It ended at 42, and the total was impacted by Chargers kicker Caleb Sturgis, who missed two extra points, a field goal, and lost his job. His misses prompted a two-point conversion, which failed. Sturgis alone left six points on the field. But one more tantalizing twist: A pass interference call in the end zone gave Seattle one last play after time expired. The receiver was open and…he dropped the sure touchdown. There must be a less-stressful method of entertainment.

When did you get that West Virginia-Texas college football bet down last week? Early, when Texas was giving 2.5 points? Or late, when West Virginia was a one-point chalk?

That was a huge 3.5-point swing during the week. West Virginia triumphed 42-41, with a gutsy decision to go for the win, not overtime, after scoring a touchdown with 16 seconds left. If you’d bet Texas, the decision by West Virginia to seek the two-point conversion was as bad as the touchdown allowed. It took the chance of an overtime win off the board.

Actually, there are more sports than football and horse racing. It just doesn’t seem that way at certain times of the season. Here are some more betting ideas:

The Charlotte Hornets, Portland Trail Blazers and Sacramento Kings entered the week as the league’s best teams against the spread, 7-3.

But if you want “financial aid”?

The Nashville Predators were an astounding 11-3 against the number entering this week. In the over-unders department, Ottawa Senators led the way with an astounding percentage of more than 83 percent of its game going above the over-under total. The defending Stanley Cup champion Washington Capitals entered at 74 percent, Philadelphia Flyers at 71 percent. Teams built on stingy defenses, like the Vegas Golden Knights, were 64 percent on the under side.