Tips to Bet the Breeders’ Cup 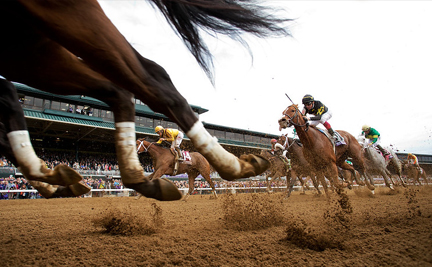 For horse-racing bettors, it’s the Super Bowl, the World Series and the Indy 500 rolled into one: the 37th running of the multi-day Breeders’ Cup World Championships.

Week by week, we’re looking at key implications in this 14-race, two-day series from Keeneland Race Course in Lexington, which culminates with the $6 million Breeders’ Cup Classic.

Before you fill out your bet slip, consider these factors:

Planning to bet the Breeders’ Cup? Create a new account at TwinSpires.com, and you’re in the running for a $200 New Player Bonus. It’s easy and fast!

If your horse runs second in selected races Tuesday, Wednesday and Thursday, you’ll get your Midweek Bet Back at BetAmerica.com! Six or more runners must start the race for the offer to apply. Through 11/30.

The 2020 Breeders’ Cup will be broadcast live on NBCSN and NBC. Here are the complete race schedules:

Know the Signs of Pr