Tiz the Law Out in Front to Win the Belmont Stakes 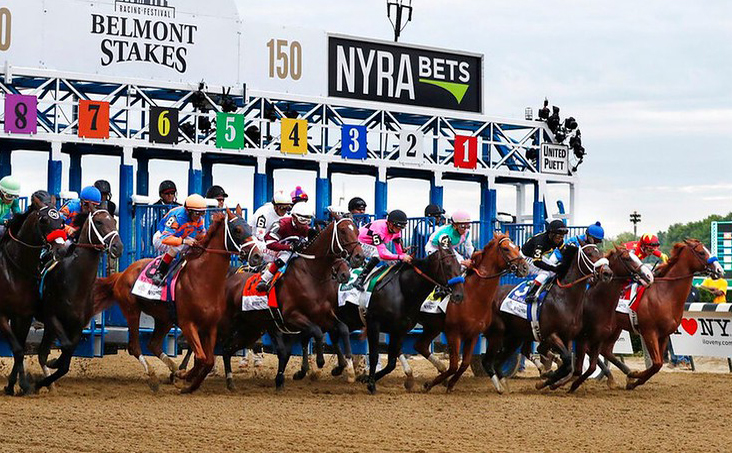 The Belmont Stakes has a new date and a new distance, but it’s still a $1 million jewel in racing’s Triple Crown. Approximate post time is 5:42 p.m. ET Saturday, June 20.

This is the year everything turned upside down, including racing’s Triple Crown.

The Belmont Stakes, usually the third jewel in the historic diadem, has a new date: Saturday, June 20, preceding the Kentucky Derby and Preakness Stakes, which will be run September 5 and October 3 respectively. Approximate post time is 5:42 p.m. ET at Belmont Park in Elmont, New York.

Most of the country can wager via Twinspires.com.

Horses haven’t been running regularly due to the Covid-19 hiatus, so Belmont officials shortened the race’s distance from 1 1/2 miles to 1 1/8 miles. It’s now the shortest Triple Crown race, rather than the longest. The event also has been affected by injuries to Nadal and Charlatan, the top horses in the country. They won’t run. But several good horses will.

Last year, with no Triple Crown at Stake, the crowd for the Belmont was roughly 56,000. By contrast, more than 90,000 spectators saw American Pharaoh prevail in the 2015 Belmont, becoming the first horse in 37 years to secure the Triple Crown.

This year? The fan count is zero. Spectators are barred from the stands because of Covid concerns. Even so, the track still announced record wagering of $76 million in the first full June week, with people betting on their apps and tablets.

Let’s look at the probable field. 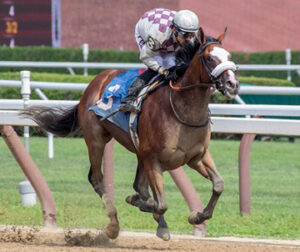 This horse, a son of Constitution, looked dominant winning the Florida Derby in March. Three of the last four Kentucky Derby winners were also Florida Derby winners; the list includes Nyquist in 2016, Always Dreaming in 2017 and Maximum Security last year. Even though Maximum Security suffered a controversial disqualification from the Derby, he did cross the line first.

Tiz the Law will probably have odds of 3-2 or 7-5 and deserves them.

After that, it’s wide open regarding the field. It depends on what angle you prefer.

Dr. Post won the $75,000 Unbridled Stakes at Gulfstream Park in April, despite severe traffic problems. He had nowhere to run, but found an opening in the middle of the stretch and went on to an easy win. That race made him the second favorite for the Belmont, in the neighborhood of 9-1, but those odds may come down as more people bet.

Trainer Mark Casse won the Belmont last year with Sir Winston, and will look to go back-to-back, as Tap It to Win will take the step up in class. A big angle for Tap It to Win is having a victory at Belmont Park. He may also like the novel one-turn feature in this race (the normal Belmont race has two).

Max Player has a win at the exact distance, 1 1/8 miles. That’s always an advantage.

Just in time for the Belmont! Open your account at TwinSpires.com and start earning your $100 sign-up bonus right away.

My favorite longshot is Sole Valente. He won a June 10 allowance race at Gulfstream Park with a furious rally from last to first.

The question is: Can he rally from the back of the pack, as he did that day, and come back 10 days after a win?

But Sole Valente beat the same horses Tiz the Law did earlier. He may be overlooked because other horses came out of higher-level races, but if he can be closer to the pace early on, he’ll have a chance to get into the exacta ticket, perhaps with good odds.

Farmington Road, Pneumatic and Jungle Runner would have to improve substantially to have a chance in this race. Modernist may or may not run. If so, he takes a major step up.

In the meantime, the track has stepped it up too, trying to corner the market in the racing and betting world. By delivering a string of significant stakes races to support the main event, it hopes for big wagering action all day, not simply before the Belmont.

Here’s the lineup leading into the Belmont: