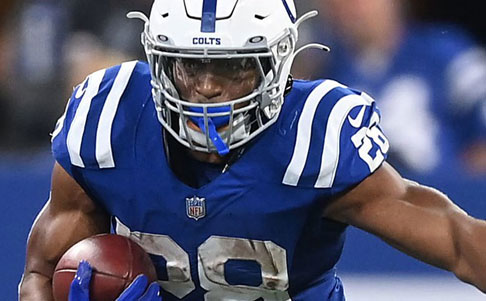 The NFL’s Offensive Player of the Year is one of the most competitive awards. We look at three players you should consider before placing your NFL futures bets.

The odds for the NFL league awards have been posted and it’s not surprising who the favorites are for categories such as MVP, Coach of the Year, and Offensive Rookie of the Year.

The Associated Press Offensive Player of the Year is no different. Los Angeles Rams wide receiver Cooper Kupp and Indianapolis Colts running back Jonathan Taylor are the favorites at +800. Look a little further down the board, however, and there are some players with longer odds that are worth checking out.

I take a look at Kupp and two other players that bettors might want to consider wagering on before the start of the NFL season. 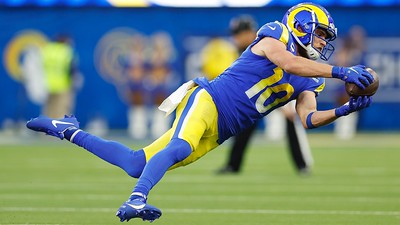 It should be said that Kupp is the co-favorite for this award as it stands, far out from when the actual season starts. That number comes with good reason though, as Kupp is poised to be even stronger in year two with Matt Stafford at the helm in this Rams offense that can put up astounding numbers.

Head Coach Sean McVay’s offense is known as one of the most dynamic and explosive in football, and with another year of seasoning between quarterback and receiver, we could be in for an incredible ride when all is said and done next year. It wouldn’t be shocking at all to see him eclipse his personal records of yards and receptions during the 2022-23 season, and if he is able to do that, he would potentially be a lock for this award.

Kupp finished the NFL’s first 17-game season with 145 receptions, 1,947 yards, and 16 touchdowns. He led the NFL in all three categories last year and came dangerously close to breaking the single-season NFL record for receptions (Michael Thomas, 149) and receiving yards (Calvin Johnson, 1,964). Is it too much of a stretch to think he can’t do that again with more time working with Stafford? Obviously, this is a square bet, but +800 could be a valuable number at the end of next season. 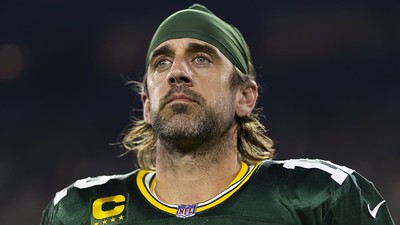 I really find it hard to believe that Green Bay Packers quarterback Aaron Rodgers has tumbled all the way down to +2500 to win Offensive Player of the Year. Yes, he lost Devante Adams. No, he can’t get past the NFC Championship.

But seriously, we are talking about one of the most gifted offensive performers we have seen in a generation. Rodgers has been a contender for OPOY almost every year he‘s been in the NFL – but he’s never won. Rodger’s is no stranger to this award, and he’s won MVPs before playing with the same lack of talent he has on his team now. A great quarterback can make any random wide receiver look good. You don’t have to look far for examples: Marquez Valdez-Scantling, Allen Lazard, Randall Cobb. These guys aren’t as great if they play anywhere else, and Cobb even proved that for himself.

Let’s see, Rodgers is still playing in a division that will most likely be one of the worst in the NFL, and he is almost a lock to win the NFC North yet again. The NFC as a whole is far worse than the AFC, so it wouldn’t be at all shocking if Green Bay made some noise again. Rodgers gets the Chicago Bears, Detroit Lions, and Minnesota Vikings defenses twice per year. That’s great news with the state that all three are currently in. He should be able to light all of them up for big numbers. That’s six games right there that he could potentially have major games.

New customers at Harrah’s New Jersey don’t need a bonus code to take advantage of the sportsbook’s deals. New customers receive a matched deposit up to $300 and an additional $10 free! 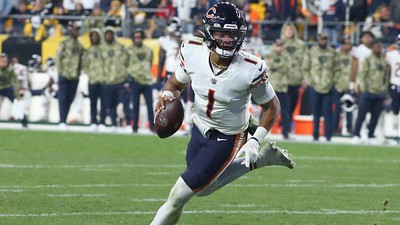 I had to add my guy Justin Fields in here because I still feel like he has all the traits and skills necessary to have a huge offensive season, it’s just a matter of coaching and the talent around him helping him out. Fields was awful last year during his rookie campaign. I’m willing to forgive that under the premise it was under former head coach Matt Nagy. He was one of the worst offensive minds I have ever seen coaching football.

During a game last season against the Vikings at home, Chicago had the ball inside the red zone. Nagy decided for some inexplicable reason to run a four verticals concept, which is designed as a Hail Mary, where the receivers just run straight down the field. I have no idea what he was possibly thinking with that, and it is truly refreshing to know that he is at least gone. That could be a huge advantage in the advancement of Fields’ growth.

We saw flashes last season of the ultra-talented QB from the Ohio State Buckeyes who could run around and make plays with his legs and arm, but it didn’t show up nearly enough.

Now under the guise of what could possibly be a competent offensive coordinator in Luke Getsy, he is poised to breakout. Wideout Darnell Mooney is a speedster that can take the top off a defense, while running back David Montgomery has quietly been one of the more reliable backs in the league over the past several years, even in a Nagy pass-first system. The offensive line got a bunch of new faces recently, which it desperately needed. Hopefully Getsy is smart enough to have Fields roll out of the pocket.

At a +8000 longshot, I’m willing to take that bet in an improved Fields and offense post-Nagy.

Make sure you are ready for the NFL season with fuboTV. Watch Live or Stream – sign up here.

Will Underdogs or Tr