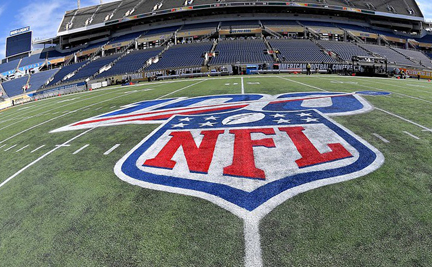 These early points totals predictions will have you primed for the start of the NFL season. Kickoff is Thursday, September 10, with defending Super Bowl LIV champion Kansas City Chiefs hosting the Houston Texans.

This coming season, the Buffalo Bills may be one of the best teams in the league. The Bills rely heavily on one major strength: defense. Last season, Buffalo gave up just 301.9 yards per game, which was fourth-best in the NFL. The Buffalo defense, led by one of the best cornerbacks in the league in Tre White, allowed just 196.6 passing yards per game and just an average opponent passer rating of 80.7.

On the other side of the ball, the New York Jets must not be overlooked defensively. In 2019, the Jets gave up just 86.9 rushing yards per game (second-best in the league), which is crucial due to the Bills offensive preference to establish the run. Additionally, both the Bills and Jets were great bets on the under last season, as they went 13-4 (76.5 percent) and 9-7 (56.2 percent), respectively.

Get the inside track! Want to know today’s best bets and start betting like a pro—for free? Go to BetQL.co to get started. 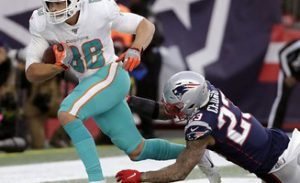 Last season, the New England Patriots had one of the best defenses of all time; however, this season they will be missing critical linebacker Donta Hightower. In 2019, the Patriots gave up just 14.4 points per game while the Miami Dolphins gave up a league-worst 30.9. Despite multiple losses on the Patriots defense, we can expect Stephon Gilmore and Devin McCourtey (with the help of defensive-minded Bill Belichick) to keep the defense in top shape.

Conversely, the Dolphins defense should get significantly better with the additions of Byron Jones and Kyle Van Noy (former Patriot). Finally, both teams will likely experience early offensive struggles, specifically the Patriots with Cam Newton attempting to fill the footsteps of Tom Brady. 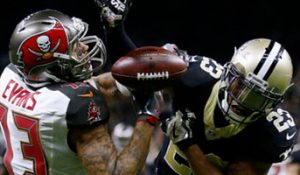 This matchup between the Tampa Bay Buccaneers and New Orleans Saints may be the most anticipated of the Week 1 slate. The rare matchup features two of the greatest quarterbacks of all time in Tom Brady and Drew Brees.

Last season, the Buccaneers were the most profitable team to bet the over with a 12-4 (75.0 percent) record while the Saints also had a winning 9-8 (52.9 percent) record against the over. Bruce Arians loves to air the ball out downfield, as the Bucs maintained the third-most total yards per game with 397.9. With Brady replacing Jameis Winston, who threw 30 interceptions last year, we can expect a more efficient offense.

Additionally, Brees and the Saints ranked ninth in total yards per game with 370.9. It’s important to note that the reason the Bucs are so great against the over is because of their poor pass defense, which gave up 270.1 air yards per game. Expect Brees to tear up this subpar secondary and for Brady to stay in the game to make this one a shootout.

What the !@#*&? Monkey Knife Fight and the Los Angeles Chargers are sponsoring the Hard Knocks Post Show Live program with the activation of the Chargers Hard Knocks Swear Jar. Any time a Charger is caught on-camera swearing, MKF will donate $100 to the Chargers Impact Fund. Get in on it at MonkeyKnifeFight.com.