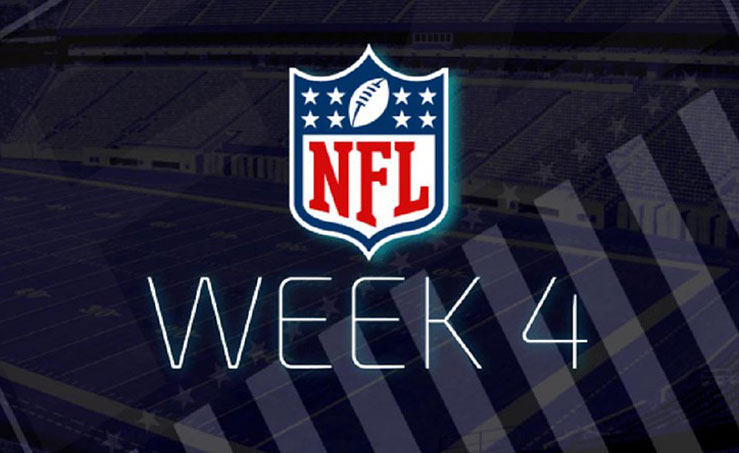 Keep an eye on these Top 6 quarterback trends as we head into NFL season Week 4.

Hey bettors, here are the Top 6 quarterback trends for Week 4 of the NFL season, per the BetQL model.

Check out all BetQL’s Week 4 best bets! Click the button below and get BetQL access for just $4.99! 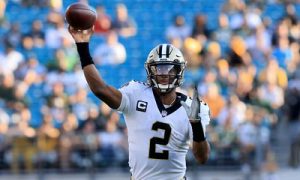 In Jameis Winston starts, BetQL has gone 13-3 (81.3%) on O/U bets. $100 bettors would be up $887 if they bet with the model. The New Orleans Saints–New York Giants total is currently at 43.5 points. The Saints have run the ball 57% of the time on offense (most in NFL) and the under has gone 3-0 in their games. So far, New Orleans has been conservative with Winston, which makes sense due to his past interception issues.

Watch It
Catch the New York Giants at New Orleans Saints Sunday, October 3 at Caesars Superdome in New Orleans. The game will be broadcast on Fox-TV. Kickoff is @ 1 p.m. ET. 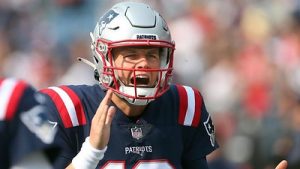 In Mac Jones starts, BetQL has gone 3-0 (100%) on O/U bets. $100 bettors would be up $273 if they bet with the model. The New England Patriots–Tampa Bay Buccaneers total is currently at 49 points and the model has nailed all three over/under bets in the rookie’s young career.

Watch It
Catch the Tampa Bay Buccaneers at New England Patriots Sunday, October 3 at Gillette Stadium in Foxborough, Massachusetts. The game will be broadcast on NBC-TV. Kickoff is @ 8:20 p.m. ET.

Watch It
Catch the Kansas City Chiefs at Philadelphia Eagles Sunday, October 3 at Lincoln Financial Field in Philadelphia. The game will be broadcast on Fox-TV. Kickoff is @ 1 p.m. ET.

Join the family at PlaySugarHouse and your first deposit will be matched, dollar for dollar, up to $250. 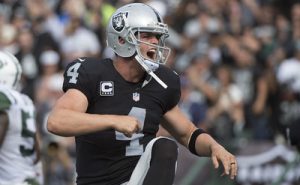 In Derek Carr starts, BetQL has gone 20-11 (64.5%) on O/U bets. $100 bettors would be up $719 if they bet with the model. The Las Vegas Raiders–Los Angeles Chargers total is currently at 52.5 points, and there’s a chance this becomes a shootout between two offenses that can push the ball down the field through the air.

Watch It
Catch the Las Vegas Raiders at L.A. Chargers Monday, October 4 at SoFi Stadium in Inglewood, California The game will be broadcast on ESPN-TV. Kickoff is @ 8:15 p.m. ET. 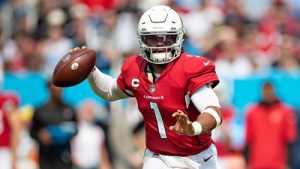 Watch It
Catch the Arizona Cardinals at L.A. Rams Sunday, October 3 at SoFi Stadium in Inglewood, California The game will be broadcast on Fox-TV. Kickoff is @ 4:05 p.m. ET. 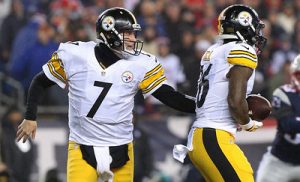 In Ben Roethlisberger starts, BetQL has gone 14-7 (66.7%) on spread bets. $100 bettors would be up $570 if they bet with the model. The Pittsburgh Steelers (+6.5) are road underdogs against the Green Bay Packers at Lambeau Field, and this is clearly the beginning of the end for the Steelers veteran signal-caller.

Watch It
Catch the Pittsburgh Steelers at Green Bay Packers Sunday, October 3 at Lambeau Field in Green Bay. The game will be broadcast on CBS-TV. Kickoff is @ 4:25 p.m. ET.

One of the hardest parts of sports betting is identifying the edge. BetQL subscribers have access to tools that simplify the process, focusing on real-time line movements, value bets of the day and meaningful team trends. If you had been in on these bets with the BetQL model, you’d be up almost $4,000 in three weeks. So don’t miss out on the action. Sign up here and let BetQL find mispriced lines for you to jump on each day.