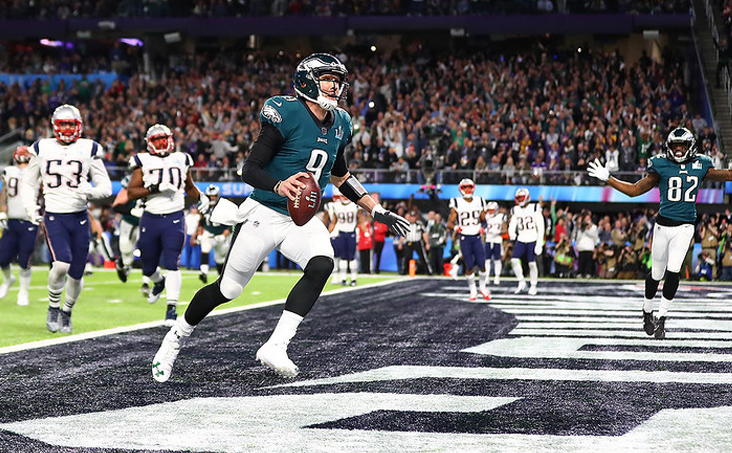 I’m happy to say that only some of mine appear on mainstream rankings. My criteria involves plays that either changed games, decided them, or were simply phenomenal.

In the eyes of this beholder, these seven plays form a touchdown:

The Roaring Twenties are back at WilliamHill.com! Place a 4-leg parlay of at least $10 that includes one pregame, full game point spread from a qualifying game. Get a 20% bonus if your bet wins, and 20% back if your bet loses.

GoldenNugget.com offers parlay boosts across top-tier sporting events. Simply place a parlay with each qualifying selection (leg) having odds of -145 or greater. The boost will be paid automatically when the bet is settled.

SugarHouse believes you deserve more! Make your first deposit at PlaySugarHouse.com and receive a 100% match up to $250.

My own list could go on for pages. Some you’ll recognize, some will probably be on your list, some you may dispute. But each set of rankings is unique, and that’s the beauty of personal favorites.

Our Favorite Super B

Test Your Football I