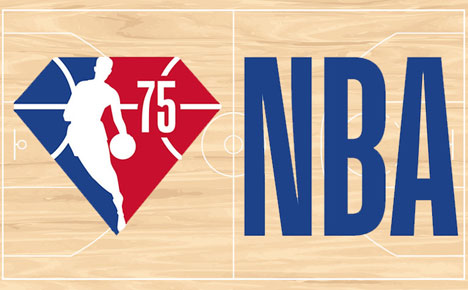 Which teams currently have the best odds to win the NBA Finals—and just how appropriate are those odds?

With just a few weeks remaining in the 2021-22 NBA regular season, it’s a good time to check out futures bets before the playoffs come around and odds shrink.

These 10 teams have the best odds to win the NBA Finals according to Caesars Sportsbook. How likely is each team to hoist the Larry O’Brien trophy and how appropriate are their current odds?

The defending Western Conference champs have been dominant this season, currently holding the NBA’s best record by a wide 9-game margin. The Phoenix Suns rightfully sit at the top of this list, despite dealing with a Chris Paul extended injury. But that injury could further affect the Suns’ postseason odds, as a late-season or early-postseason return could disrupt team chemistry and flow. If anyone can re-integrate quickly, it’s veteran floor general Paul. But with such an even playing field this season, +350 is just a bit too low, even for a team this good.

Register a new account at Caesars Sportsbook. If you lose your first bet, earn a Free Bet in equal value up to $1,100!

The Brooklyn Nets are a phenomenally talented team on paper. But this team comes with a ton of question marks. The Nets currently sit in the eighth seed in the Eastern Conference, which would mean a trip to the play-in tournament. Kyrie Irving cannot play at home or in a possible play-in matchup in Toronto. Ben Simmons still has yet to play a game this season. Kevin Durant has struggled to stay on the floor consistently these past few years. Again, this team is loaded, and at full strength, might have close to 5/1 odds to win the Finals. But with so many things that could go wrong, avoid this bet at these odds.

The Golden State Warriors will most likely be without Steph Curry until at least the playoffs, but at full strength may be the best team in the league. They have plenty of championship experience and are never out of a game. They find themselves in a similar boat as Phoenix, and both teams should sit around 6/1 to win the Finals. The Warriors’ odds are pretty realistic, and this wouldn’t be a terrible bet while Curry’s injury status is still a question mark.

The defending champ Milwaukee Bucks are doing what they do every year: sitting around the top of the Eastern Conference (current second seed) and giving themselves a shot to make a deep playoff run. There’s no reason to believe this team doesn’t still have as good a chance at winning the Finals this year as they did a year ago. At +650, this is great value to take a very strong Bucks team to repeat as champs.

Since the Philadelphia 76ers acquired Hall-of-Famer James Harden, they’ve been one of the hardest teams in the league to defend while he’s on the floor. He and MVP front-runner teammate Joel Embiid are among the league’s best duos, and will be a force to be reckoned with in the postseason. They can exploit mismatches at multiple positions and match up well with most playoff teams in the East. The supporting cast is the question with this team—the play of Tobias Harris and Tyrese Maxey this postseason could make or break their run. Ultimately, 7/1 is

about right for this bunch. and could prove to be a great value in a few months’ time.

Join Tipico Sportsbook today, and claim a Risk-Free Bet up to $750 on sign-up. Let’s make this interesting!

This solid team has occupied the top spot in the East for a big part of the season. As shown in the past, the Miami Heat is capable of making a strong run in the postseason but just don’t have enough to get over the hump and win a title. That could change this year, and +950 is appropriate for that reason, but it doesn’t seem likely in a year where multiple other teams looks much better.

The Boston Celtics have been one of the hottest teams in the NBA, but this run may have been a bit mistimed. Peaking at the right time is a real thing, as we see all the time in sports with teams like the Atlanta Braves and Cincinnati Bengals. The Celtics just may be peaking a little too early. Their team is definitely a little shorthanded compared to the teams at the top of this list, and anything but an extended run of their best basketball will most likely result in a second round exit.

The Utah Jazz never seem to have enough firepower in the playoffs, and will enter this year’s the same way. Several teams are capable of knocking off the Jazz in a seven-game series, and there hasn’t been enough from the team this year to believe in a title run.

The rising force Memphis Grizzlies are way too low on this list. The team is currently in second place in a very top heavy Western Conference. Ja Morant has played at a near-MVP level this season and his teammate Jaren Jackson, Jr. is a candidate for Defensive Player of the Year. This might be the deepest team in the league, talking a ton of trash all game long. The Grizzlies look ready to back it up in this postseason. +2200 could prove to be an absolute steal.

Nikola Jokic is a strong candidate to repeat as league MVP, and has gotten here without arguably his two best teammates in Jamal Murray and Michael Porter, Jr. If the Denver Nuggets had been at full strength and rolling along into the playoffs, they would probably be a legitimate contender for the Finals. But with Murray and Porter just targeting returns now, it doesn’t seem likely. The Nuggets are a long shot this year.

Bet $20 and get $100 in Free Bets when you sign up as a new player at Borgata Sportsbook. New customers only.

With such an even playing field this postseason, it is well worth placing a futures bet or two and taking a shot at winning some good money on a good team while you still can. There are truly five-plus teams with a real chance at winning the title this year, and taking a team now could definitely pay off come summertime. Get those bets in now and enjoy the stretch run of this NBA season!