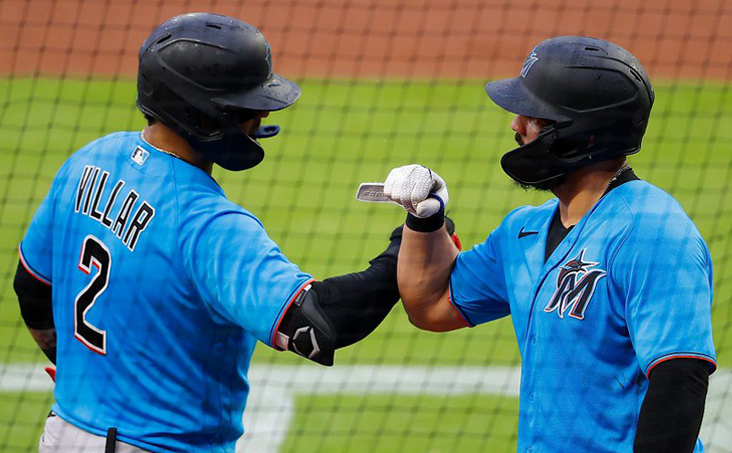 Despite a rash of Covid-19 cases among the Marlins, Major League Baseball’s opening weekend didn’t disappoint. Let’s look at some of the biggest takeaways—winners and losers—from the sport’s first few games.

We’re now a few games into the 2020 MLB season for each team, enough time to get some first impressions on players and teams. There have definitely been some surprises, and also some disappointments.

The biggest disappointment? The status of the Miami Marlins. Despite their opening weekend series win in Philadelphia, the team has achieved failure on a big scale, with a reported 17 positive Covid-19 tests, at least 11 of which are players.

The miraculous part of this is that the Phillies, Miami’s opponent in its first three games, have reported zero positive tests. The team postponed its first two games with the New York Yankees to stay safe, and the Marlins continue to quarantine in Philly.

This Covid-bomb in the Marlins’ clubhouse has brought up a lot of questions. Some pundits are already prepared to call the season, as this many positive cases in just one weekend doesn’t bode well for the season. As of now, however, the show will go on under the safest regulations possible.

Other than Covid-19, there actually was some very entertaining baseball last weekend to talk about. Let’s look at the winners and losers. 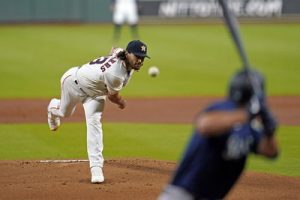 The goal was to make it out of opening weekend with more wins than hit batters, and the Astros almost achieved it. After their infamous cheating scandal came to light in the off-season, many were projecting the Astros to get hit by pitches early and often. But with a Covid-enforced delay and a shortened season, they might have gotten off easy.

That said, Carlos Correa, Yuli Gurriel and George Springer all got their first doses of baseball karma this weekend. The team was able to match the three HBPs with three Ws to start out 3-1 and tied for baseball’s best record. Their wins were all by a comfortable margin, and the team looks just as strong as ever, even without banging trash cans.

Tampa seems to be picking up right back where they left off. Tied with Houston at 3-1, they’ve dominated via the home run ball and great pitching. The pitching staff combined for a franchise record 19 strikeouts Monday night en route to a 14-5 victory over a very good Atlanta Braves team.

When you’re averaging more than 7 runs a game while allowing under 4, you’re going to be very successful. And it’s looking like this year’s Rays are going to be that, for sure. Keep an eye on the boys down south this year.

Also tied for the league’s best record, San Diego has been a nice surprise. The team has a very dangerous lineup that’s hit well from top to bottom. Pair that with lights-out pitching led by young stud Chris Paddack, and you’re going to find a lot of success.

The question with this group is if they can stay strong; they have a mix of young players and guys with a history of inconsistency. In a shortened season, however, a team like San Diego could have an advantage and make some real noise. 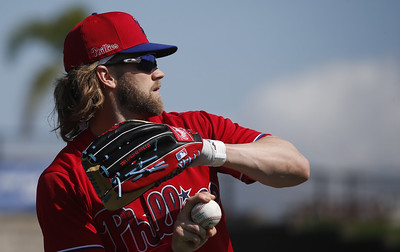 The Phillies have one of the best lineups in baseball, but just lost two out of three to the worst team in baseball, and at home.

This is a terrible look for a team hoping to make a playoff run in the second year of Bryce Harper’s hefty contract. The lineup that generated so much hype in the offseason looked lost all weekend, and the bullpen seems like a lost cause already. Look for the lineup to bounce back and a stronger contribution from starting pitching to catapult the Phils back into the playoff picture. But if not, if could be a long summer in the City of Brotherly Love.

We don’t even have to leave the NL East to find a team just as disappointing as Philly. The defending champs are showing signs of a championship hangover early on this season. Aside from a 9-2 victory at Yankee Stadium, the Nats have been dominated in every other game and look sluggish out of the gate.

A lack of clutch pitching and timely hitting have been D.C.’s biggest downfall so far. But with a strong lineup and stacked starting rotation, expect the Nats to bounce back in a big way.

After just one weekend, there’s already so much to talk about, and it’s great to finally have sports back. Everything seems right again—except empty stadiums—and that should lead to a great rest of the summer. Keep an eye on those futures bets!

MLB: Odds On An Oddb