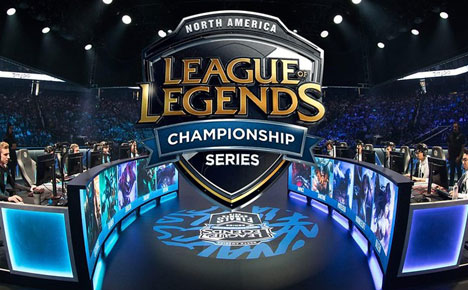 League of Legends LCS North America, one of four top esports leagues in the world, is in the midst of playoffs. Here are the teams to watch.

The League of Legends Championship Series (LCS) is the highest tier esports league in North America and one of the four premier leagues in the league’s competitive ecosystem, which includes the LCK (Korea’s top league), LPL (China’s top league), and LEC (Europe’s top league).

The LCS 2022 spring regular reason, the 10th North American LCS season, has been full of close and entertaining matches. The season has been a resounding success, with many seasoned pros setting new standards in their respective roles and teams.

The playoffs began April 2 and are scheduled to continue through April 16, 2022, with the match between Team Liquid and 100 Thieves. Dedicated fans can easily watch the playoffs on the LoL (League of Legends) esports official website alongside Twitch and YouTube.

Players are expected to be on their best performance as the tops teams of the season battle it out. The playoffs from April 16 will determine the teams that advance to the semifinals and the seeded teams into losers’ Round 1.

Two teams that have dominated the regular split are, unsurprisingly Cloud9 and Team Liquid. However, teams like 100 Thieves and Evil Geniuses have stood their ground throughout, with their players performing beyond expectations. As the playoffs continue, fans wonder who will shine in the match between Team Liquid and 100 Thieves. 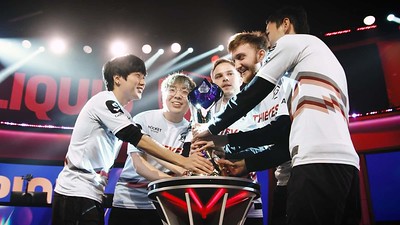 Before the playoffs started, it looked like 100 Thieves would have to settle for a third-place finish. However, the players perform exceptionally well as they went on a long winning streak before losing to Dignitas, and they’re currently just one win behind Team Liquid.

With top-laner Chanho “Ssumday” Kim and Support Jae Hyun “huhi” Choi performing exceptionally well, the team is currently at peak performance. The team is starting to look more coordinated, and they’re making a push for a first-round bye. This team recently beat Cloud 9, another top contender, in a flawless 3-0 victory. The players of 100 Thieves are definitely to be feared as they go against Team Liquid. 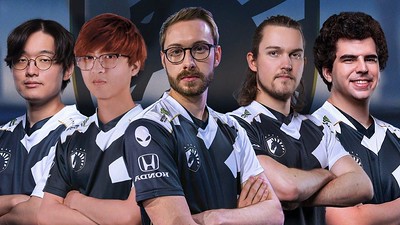 The players to look out for are no other than bot-laner Steven “Hans Sama” Live and support veteran Jo “CoreJJ” Yong-in. Since they’ve been playing together, the two have been able to carry the team consistently. The team’s results have acknowledged their contributions.

Danish mid-laner Søren “Bjergsen” Bjerg has also been recognized for his contributions to the team. Despite not being the primary carry, he has been a solid mid-laner for the team, consistently performing in games. All their players are firing on all cylinders; Team Liquid is currently on a four-game win streak and shows no signs of stopping.

It was expected that Team Liquid, 100 Thieves and Cloud9 would be the season’s front-runners, closely followed by Evil Geniuses. The match between 100 Thieves and Team Liquid will turn on how well the players can maintain their performance from recent games.

Based on their performance in the 2022 Spring Split, there are some stand-out players from both teams. They have shown to have a very high potential for the upcoming match. Team Liquid’s CoreJJ and Han Sama have proven solid carries and will have to be shut down by 100 Thieves if they want any chance at victory.

While 100 Thieves players have proven to stand firm even against big adversaries, it will be challenging for them to take down Team Liquid. Team Liquid is predicted to emerge victorious from the matchup if they utilize their strengths and make the right plays. However, it will undoubtedly be a very close and competitive match, certainly one to watch.

Betting on LoL this weekend? Sign up at MonkeyKnifeFight, and you’ll get a 100% instant match up to $100. Get in the game today!