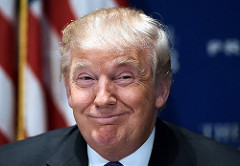 The recently launched trade war started by President Donald Trump and accelerated by the Chinese government may have far-reaching impacts for gaming. Macau and Las Vegas are particularly vulnerable.

The report posted on SVA’s website said the trade conflict will “alter the shape of commercial activity across Asia,” harming some companies and possibly benefiting others, reported GGRAsia.

A passage published in the South China Morning Post observed that “U.S. patience towards China’s mercantilism—exemplified by the provision of cheap credit and subsidies to exporters, the systematic appropriation of intellectual property and a failure to open its economy—has run short.”

The Trump administration has slapped 25 percent tariffs on $50 billion of Chinese imports, $34 billion of which took effect earlier this month, in a bid to force Beijing to rein in longstanding trade practices the U.S. claims are unfair. China quickly responded with tariffs on U.S. exports in the same amount. The administration has since raised the stakes with proposed levies on an additional $200 billion of Chinese goods. China has vowed to retaliate.

“These companies now sit on a geopolitical fault line,” said the firm. “Their Macau concessions can therefore be on the line.”

And does Las Vegas need to be concerned that an escalating U.S.-China trade war will threaten visitation levels from one of its largest and most lucrative tourism markets?

Experts say the jury is out.

There are those who are not optimistic, like Gary Hufbauer, a senior fellow at the Peterson Institute for International Economics, a Washington, D.C.-based think tank.

“My guess is that there will be many Chinese who will feel uncomfortable traveling to the United States if this trade war goes forward from here,” he recently told the Las Vegas Review-Journal.

Which could mean fewer big-spending Chinese gamblers and shoppers in Strip casinos.

As tensions rise the Chinese embassy in Washington has gone so far as to warn its citizens about traveling in the U.S., saying there’s a lack of public security and that shootings, robberies and theft are common.

“Travelers in the United States should be alert to their surroundings and suspicious individuals and avoid going out alone at night,” the embassy stated earlier this month.

“The atmosphere for pleasure travel is not so good right now, and it’s getting worse,” according to Hufbauer.

If so, it’s going to prove a costly problem.

Chinese travelers were good for 131 million international visits last year, up 7 percent over 2016, according to the China National Tourism Administration. In the U.S. they comprise the fifth-largest overseas tourist market, generating more than 2.24 million arrivals through the first nine months of 2017, according to the National Travel and Tourism Office, a division of the Department of Commerce.

China is the sixth-largest source of international travelers to Las Vegas, contributing well more than 200,000 visitors annually, according to the Las Vegas Convention and Visitors Authority.

Stephen Miller, director of the Center for Business and Economic Research at the University of Nevada, Las Vegas, doesn’t think the city needs to worry yet that they’ll go away.

The worst that could happen, he believes, is that Beijing restricts travel to the U.S., as it did to South Korea in 2017 when it banned all group tours to that country during a diplomatic standoff over defense system installations. But even if the U.S. winds up on the receiving end of similar measures, Miller believes the effect would be minimal.

“Wealthier people are the ones coming to the United States, and they might have a better ability to avoid travel restrictions,” he told the Review-Journal. “The Chinese might feel offended that we’re picking on them and decide to go to Europe instead of the U.S. But that’s still to be seen.”

“The trade war is just between the governments. The Chinese tourists, they don’t care a lot about the politics side. Once they have the money, they want to go abroad, stay in a good hotel, eat good food and buy something they cannot get in China. I think the trade war is just temporary. It will blow over very soon.”