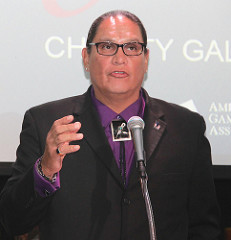 U.S. gaming tribes are divided over whether sports betting should be legalized, something that many of them believes would threaten the exclusivity of their state tribal gaming compacts, and therefore the $31.2 billion tribal gaming industry.

Seven of the largest tribal casinos have announced that they would like to expand into sports betting, if the U.S. Supreme Court rules that federal law limiting the practice to just four states (Professional and Amateur Sports Protection Act or PASPA) is thrown out or altered. New Jersey, which wants to allow sports betting, has challenged the federal law that limits it to Nevada and three other states. Ten states that want to follow suit have filed friend of the court briefs.

The tribes that support sports betting are all members of the American Gaming Association, a lobbying and industry group. However, according to a story in Legal Sports Report, most of the 244 gaming tribes that operate nearly 500 casinos oppose or are very cautious of what this might mean to their compacts.

The AGA appeared to be joined by the National Indian Gaming Association (NIGA) last month in calling for Congress to repeal PASPA. But this decision sparked some pushback from several tribal leaders.

This prompted NIGA Chairman Ernie Stevens to clarify that his group was joining the American Sports Betting Coalition (ASBC) to monitor the group, not to work for the repeal of federal legislation.

“Of chief concern to NIGA is to ensure that tribal interests are protected, particularly avoidance of any negative impacts on existing compacts and exclusivity clauses,” he said in a statement.

AGA President Geoff Freeman insisted that NIGA participation would lead to the repeal of the ban. “Tribal engagement will help to move the needle forward and as the industry further unites, we will be able to end the failing ban on sports betting and allow our industry to grow,” Freeman told Legal Sports Report.

The group has said it wants to work with tribes to find a solution that doesn’t threaten the legal status of tribal casinos.

Most tribal state gaming compacts, which are required by the Indian Gaming Regulatory Act (IGRA) grant tribes exclusive rights to operate Las Vegas style gaming, in return for paying revenue sharing to their states. Most agree that, at the very least, gaming compacts would have to be amended to include sports betting. If they were not, then tribes would need to offer the wagering outside of the compacts, as commercial enterprises, subject to taxation and regulation.

The support/opposition to legalized sports betting appears to break down into a disagreement between the most lucrative casinos, where 84 of the total 484 make 73 percent of the money and the less profitable casinos, who make up the rest. The big casinos want sports betting, the others are not so sure.

Some of the most lucrative casino owners include the Mohegan and Mashantucket Pequots of Connecticut, Seminole Tribe of Florida, Poarch Band of Creek Indians of Alabama and Cherokee Nation of Oklahoma, Morongo Band of Mission Indians of California and Nottawaseppi Huron Band of the Potawatomi in Michigan, are all members of AGA. Another thing they have in common is a desire to expand their gaming enterprises off the reservation into other U.S. markets and internationally.

On the other hand, the tribes in the richest Indian gaming market: California, are opposed to the expansion of gaming.

Valerie Spicer, of the Trilogy Group, which represents several tribes as their publications firm, told Legal Sports Report: “The tribes embracing sports betting are very high-profile, very progressive, very politically astute.” Not all tribes that fit that profile are interested in sports betting, however, she said.

Many tribes are wary of any gaming expansion that might require them to submit to state regulators. They prefer to operate tribal enterprises under their sovereignty. On the other hand, if sportsbetting is covered by a compact, some feel they wouldn’t oppose it.

But again, that’s not a universal opinion. Joe Valandra, a consultant and former National Indian Gaming Commission executive director, observed, “It could be preferable for tribes to operate under state licensure and leave the compacts alone.”

Lori Potter, a spokeswoman for Foxwoods Resort Casino, provided a sense of just how up in the air the issue still is when she commented, “While the Mashantucket Pequot Tribal Nation fully supports the effort to decriminalize and regulate sports betting, it is premature to speculate on how any such legislation might impact on our rights under IGRA much less on the provisions in our compacts.”

Compacts vary from state to state. Even in California, with its 75 gaming tribes and $11 billion Indian gaming industry, where all of the gaming tribes started with virtually identical compacts in 2000, changes over the years have altered their uniformity. Some are amended frequently, so, such as in Minnesota, haven’t been altered in a long time because the tribes feel they are very favorable.

Moreover, California recently lost a protracted legal battle with several of its gaming tribes who contended that the state was engaging in bad faith compact negotiations when it tried to coerce tribes into paying larger shares of gaming profits to the state without getting an added benefit in return. The 9th Circuit Court of Appeals in Rincon v Schwarzenegger ruled that exclusivity was not sufficient for justifying revenue sharing.

Recently Rep. Adam Gray introduced legislation that would put a constitutional amendment before the voters of the Golden State to allow sports betting legislation.

This prompted some tribes to argue that this would violate their existing compacts. Some don’t find this assertion credible since the California constitutional amendment that authorized tribal gaming specified slot machines, lottery, and banked and percentage card games. It does not provide a tribal monopoly against the house and sportsbetting is not a card game, lottery or slot machine.

Last week in Legalized Sports Report David Fried wrote, “Notably, none of the tribal proponents or unnamed tribal lawyers cite any specific compact or compact language to evidence their argument, and that burden should be theirs. While I have not reviewed every California compact, I have read many, and typical compact language is limited to slot machines, lottery games and banked and percentage card games, consistent with the constitution’s limits on what can be included in a compact.”