Tribes Line Up to Sue Over Covid-19 Relief 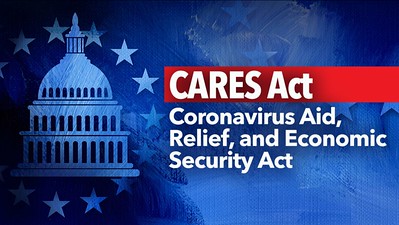 Several Indian tribes have filed suit to prevent any of the $8 billion in CARES Act funds set aside for tribes from going to Alaska’s Native corporations. They have sued the U.S. Treasury Department.

Several tribes have sued the U.S. Treasury Department to prevent any of the $8 billion Covid-19 relief under the CARES (Coronavirus Aid, Relief, and Economic Security) Act legislation earmarked for federally-recognized tribes from being disbursed to Alaska’s Native corporations.

The Cheyenne River Sioux Tribe in South Dakota plans to seek a court order halting the distribution of the funding, claiming that at least $3 billion is intended to go to the Alaska Native corporations.

The department is scheduled to begin paying out of the fund on April 26. It is intended to help sovereign tribes go under as all tribal casinos have closed along with other businesses.

Cherokee Nation Principal Chief Chuck Hoskin Jr. commented that the money “is what Indian Country will rely on to start up again,” adding, “Congress surely didn’t intend to put tribal governments, which are providing health care, education, jobs, job training, and all sorts of programs, to compete against these Alaska corporate interests, which looks like a cash grab.”

Tribal casinos fund governmental services such as health care, elder care, education and housing. Tribes rarely have large reserves, because as soon as money flows in, it flows out.

Two weeks ago, the Great Plains Tribal Chairmen’s Association called for the dismissal of Bureau of Indian Affairs Assistant Secretary Tara Sweeney over her proposal to give Alaskan Native Corporations some of the $8 billion. California Nations Indian Gaming Association and National Congress of American Indians wrote letters highly critical of the proposal, although they fell short of calling for Sweeney’s ouster.

Alaskan lands were not considered Indian land after Alaskan tribes in 1971 rejected the reservation system of the lower 48 states. Instead of reservations, the tribes received fee land under state jurisdiction. Alaska Native villages are recognized on the list of federally recognized Indian tribes. However, Alaska Native Corporations are state corporations subject to state law and taxation and without tribal sovereignty.

The Interior Department insists that the Alaska Native corporations qualify since they fit the definition of “Indian Tribe” in the bill.

Tribes retorted that Congress intended the money to go to the nation’s 574 federally recognized tribes with sovereign lands that treat with the U.S. government to government.

Jonodev Chaudhuri, chairman of the Indian Law and Policy Group at the law firm Quarles and Brady LLP and former chairman of the National Indian Gaming Commission, told the Associated Press: “The federal government’s responsibility to consult with tribal nations is based on not only longstanding policies, but it’s also based on important standards of respect.” He added, “Consultation is to be meaningful and timely.”

Sweeney was criticized because she was a longtime executive and stockholder of Arctic Slope Regional Corp., one of the largest Alaska Native corporations.

The Interior Department defended Sweeney, saying, “To suggest she has personal motives or that she is attempting to divert funds away from American Indians is completely false. Her approach has always been focused on inclusiveness, transparency and partnerships.”

Senate Minority Leader Chuck Schumer and Sweeney exchanged tweets, with Schumer writing: “President Trump’s Assistant Secretary for Indian Affairs Tara Sweeney is diverting funds for tribal governments during coronavirus to for-profit Alaska Native Corporations. We can’t put these corporations before tribal governments and people. Sweeney used to be an exec for an ANC, and she wants to profit!”

Sweeney responded, “Even for you, this is an ignorant and despicably low attack that could not be further from the truth. Perhaps you should read the law you negotiated and voted for as Alaska Natives are entitled to receive the funding from US Treasury.”

In a related development, the Harvard Project on American Indian Economic Development projects that Indian gaming could lose about $49.5 billion to effects of the pandemic on wages and benefit.

The Cambridge, Massachusetts-based project wrote to U.S. Treasury Secretary Steven Mnuchin: “The Covid-19 crisis poses an immediate threat to the states and regions in which tribal economies are embedded. Tribes’ enterprises and governments, and their employees, support huge amounts of direct and indirect (spillover) economic activity and tax revenues in their regional economies, and in the US as a whole.”

The brunt of the damage “would be borne by non-Indians. Our estimates indicate that approximately 70 percent of the impact—915,000 jobs, with wages and benefits totaling $40.2 billion—would be suffered by non-Indian workers.”

Collateral damage is also being felt by state and local governments which are losing $9.4 billion annually under present trends and the federal government, which is losing $15.9 billion. Losses come from revenue sharing and taxes paid by Indian casinos.

The Harvard Project urged federal action: “The need for federal COVID-19 response funds in Indian Country is as urgent as it is overwhelming. Speed is important, but it is no less important that forthcoming funds be allocated to tribes in ways that reflect the federal-tribal government-to-government relationship and the economic realities of Indian Country.”