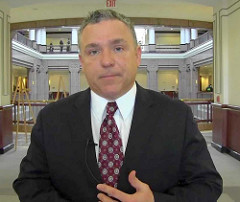 The leaders of MMCT, the joint venture of the Mohegan and Mashantucket Pequot tribes, last week said they were “days away” from announcing where Connecticut’s third casino would be located. Kevin Brown, the chairman of the Mohegan Tribal Council, said it is time for the legislature to act on a bill approving the casino and the revenue details.

“There is draft language in the hands of the legislature,” Brown said. “We have to get it passed this session. We are at the 11th hour.”

Although Connecticut’s two gaming tribes are pushing for a third, satellite casino they would jointly operate somewhere near Hartford, some lawmakers remain open to other scenarios that the tribes may not like so much.

Rep. Joe Verrengia, co-chairman of the legislature’s public safety and security committee told the Hartford Courant “We haven’t drafted a bill yet, and even before we think about drafting a bill and have a public hearing, we need to get feedback from all the stakeholders and put all the options on the table.”

The committee has invited interested parties to attend a committee meeting this week. That includes MMCT, MGM, which is building the MGM Springfield, and has fought the state in court over allowing MMCT to go forward; the Schaghticoke Tribal Nation and the Golden Hill Paugussetts, which are not federally-recognized tribes; as well as Sportstech, which operates an off-track betting facility in Windsor Locks and developers who are no longer in the running with the tribes.

In 2015 the legislature authorized the two gaming tribes to select a site, but didn’t authorize the casino itself. The tribes are promoting this as a way to blunt the effects of the MGM Springfield, which is being built 14 miles from Hartford.

MGM has responded by suing in federal court, saying that it is being unfairly blocked out from participating in the casino siting process.

MMCT spokesman Andrew Doba told reporters, “We have tremendous respect for the legislative process and look forward to discussing our project with committee members.” He said the tribes expect to make their choice within the next few weeks.

Although Verrengia says all options are open to discussion, the state would lose the $200 million the two tribes pay the state each year because they are guaranteed exclusivity.