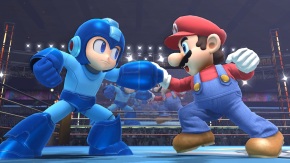 The Esports specialists at Spawn Point, in conjunction with the Tropicana Atlantic City, will host Royal Flush – a weekend-long Melee/Smash4 tournament with a $10,000 combined pot bonus. The event will take place May 12–14, 2017.

The tournament will be streamed live on Twitch.TV by VGBootCamp, Smash Studios, MeleeEveryDay and MasterHand.

“We are proud to be hosting an esports tournament that has drawn players from all over the world,” said Steve Callender, General Manager at Tropicana Atlantic City. “We expect a high turnout for players as well as spectators who will enjoy not only esports, but all that the Tropicana has to offer.”

Esports is commonly known as competitive video gaming played by individuals, teams or professionals, and is often accompanied by a large viewing audience. There are five key genres that make up the bulk of video games that are often referred to as esports: first-person-shooter (FPS), real-time strategy (RTS), multiplayer online battle arena (MOBA), fighting games, and sports simulation.

“We chose to partner with the Tropicana Atlantic City based on their reputation for great events and entertainment,” said Kevin Mercuri, Co-Founder of Spawn Point. “Esports has the ability to attract and entertain an entirely new demographic of casino players and should play an integral role in every casino’s marketing plan.”

Spawn Point provides a full range of solutions for the burgeoning Esports industry. According to the latest research on Esports, it is projected that there will be 145 million Esports enthusiasts worldwide in 2017. Research has also indicated that there are nearly as many Esports participants (89 million) as hockey fans (94 million). The growth and development of Esports has been substantial as the total Esports revenue for 2016 is projected to be $275 million in North America.

For more information on the event, please visit https://smash.gg/tournament/royal-flush/details.