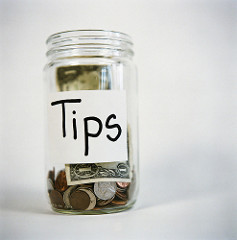 The U.S. Labor Department plans to scrap a regulation that prohibits employers from pooling tips with non-tip employees.

The prohibition, imposed by the Obama administration in 2011, effectively halted mandatory tip-sharing, a controversial practice introduced in the casino industry a decade ago by Steve Wynn that requires dealers to share a portion of their tips with pit bosses, supervisors and other gaming floor staff.

The subject of numerous and conflicting rulings by federal and state courts, the practice isn’t restricted to gaming; it’s popular with employers in other industries as well, allowing them to control tips for distribution among back-of-house workers such as kitchen staff and thereby address pay disparities in conformance with federal minimum wage laws.

“It vests much more discretion in management, and it also gives them a way to basically keep wages where they are and use tips as a way to deal with inherent problems in their own wage structures,” said Ruben Garcia, a UNLV law professor who focuses on labor and employment.

Wynn Resorts introduced the practice in 2006 and it was challenged by dealers through state and federal lawsuits. In 2013, the Nevada Supreme Court upheld the policy. But a ruling handed down in 2016 by the 9th U.S. Circuit Court of Appeals declared mandatory tip-pooling a violation of the U.S. Fair Labor Standards Act.

Given the uncertainties, the Trump administration proposal could prove significant as a way to settle the issue once and for all.

“Are the dealers concerned about that ruling? Yes,” said Joe Carbon, director of the gaming division of Las Vegas’ Transport Workers Union Local 721, which has negotiated contracts on behalf of dealers at Bally’s, Caesars Palace, Harrah’s, Paris and Wynn that either prohibit or limit managerial discretion regarding tips.

Carbon said his union expects casino operators to honor their contractual agreements and not change their policies whatever the Labor Department does.

Likewise, Bethany Khan, a spokeswoman for the Culinary Union, said her members will be largely unaffected by the rule because tip pooling is dealt with in collective bargaining.