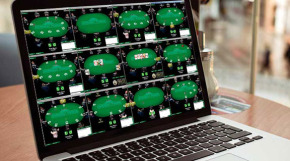 A newcomer to online tournament poker may find the amount of different types of tournaments a little daunting.

Most players know about the standard No Limit Hold’em, multi-table format. Basically, you take a seat at the virtual table and start playing. As players get knocked out, the tables are condensed and refilled until one final table remains. At some point the bubble is broken, and all remaining players win a prize. It’s a time-honored way of playing Texas Hold’em and mimics most of the televised poker played by the pros.

But if you take a look around an online poker room, you’ll find there are lots of choices—usually for a much quicker game than a standard tournament.

We’ve already introduced you to Sit & Go tournaments. These are single-table tournaments (though there are some versions with more than one table) that are over quickly due to the small number of players. They’re great for condensing the tournament experience down to a quick-to-play experience.

Here’s a look at some other tournament varieties.

In a turbo event, the blind levels increase much more quickly than in standard tournaments. The blinds are the antes paid by two players each round. In turbo play, they will increase every five minutes (occasionally six in some formats).

In most tournaments, players measure their stack by how many big blinds they have. In turbo tournaments, that means your stack will get smaller much more quickly. Look for a lot of loose play and all-ins in this format.

In a standard tournament, the players are constantly moved to new tables as players bust out. The goal is to maintain a standard table of seven to 10 players.

In a shootout, you play at your table until only one player remains. Then, that player is moved to face other players that won their tables. This allows for play between a small number of players and even heads-up showdowns before the tournament is even decided. Usually double shootouts mean you must win two tables to win the tournament and triple shootouts mean you must win three—though the process could be expanded with enough players.

This tournament has a time limit. At the end of assigned time, the tournament stops and remaining players get a share of the prize pool based on their ending chip count.