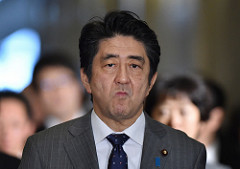 Japan’s parliament, known as the Diet, OK’d an enabling bill for casino resorts in that country on December 14; a second implementation bill must be passed before casino gaming is legal in the country.

Fitch Ratings Inc. says international gaming operators are generally well positioned” to invest in Japan, where the price of entry is likely to be in the billions; they are expected to partner with Japanese companies on the projects.

“Large-scale capex programs are now at their tail ends and it would likely be at least two years before the projects in Japan are shovel-ready, allowing operators to build up more cash,” added the rating agency.

A limited number of licenses are expected for mega-resorts in metropolitan areas like Tokyo, Yokohama and Osaka. A few licenses for smaller resorts may also be in the cards.

Fred Gushin, the managing director of Spectrum Gaming and a veteran observer of Asian casinos, says the locations will be a crucial decision.

“Initially it is anticipated that the government is likely to approve two IRs and one regional casino in the first wave of development,” he told Yogonet. “For many years government officials from Osaka have been supporting the IR concept. Metro Tokyo would be an ideal location but a former governor was opposed to an IR in metropolitan Tokyo. That may change as a new administration has taken over in Tokyo that might be more supportive of an IR in metropolitan Tokyo. Yokohama, now considered a suburb of Tokyo, has expressed interest in hosting an IR as well. Other prefectures including Hokkaido and Okinawa have considered whether to develop IRs and future casinos development.”

Fitch said in its report that winning a license in Japan “would be a credit positive” for any global casino company.

“An IR, which we think would generate more than US$1 billion in EBITDA, would address two important credit factors Fitch assesses for gaming companies: it would improve geographic diversification and would likely benefit from a monopolistic position,” the agency said.

In the near-term, however, “funding a large-scale project could stress liquidity and potentially drive up pro forma leverage, depending on the funding strategy and the ultimate performance of the IR,” added Fitch.

Even before the passage of the enabling bill, reports Nevada Public Radio, Las Vegas gaming companies were getting ready for what could become a $40 billion per year industry.

“The rhetoric has been that casinos will do the same thing for Japan as they did for Singapore—that is, increase tourism, increase the length of visitation and increase the money spent by tourists when they come to Japan.” said Andrew Gellatly, head of global research services for Gambling Compliance, told the NPR affiliate.

MGM and the Las Vegas Sands Corp. each have said they would be willing to invest up to $10 billion in a casino resort in Japan. Fitch believes the Sands Corp. is “best positioned” to take on the market. “MGM Resorts is also well positioned to undertake an IR project. Wynn Resorts, like Las Vegas Sands and MGM, has excellent liquidity but has the highest leverage of the three operators,” it added.

“To us, the opportunity is thoroughly Japanese and thoroughly delicious,” Wynn Resorts CEO Steve Wynn said in a statement.

Macau Secretary for Economy and Finance Lionel Leong Vai Tac says the MSAR—the most successful gaming destination worldwide—will “pay close attention” to the news about Japan, “so we can study and determine the future development of Macau, as well as our situation in the international market—how to keep our advantages in the international competition when gaming concessions expire in the future.”

Union Gaming analyst Grant Govertsen says the passage of the first bill “is a landmark occasion and should be a shot in the arm as it relates to investor sentiment in all gaming names that could be players in Japan.”

He told Yogonet that it’s hard to estimate GGR for the market “because we don’t yet know any of the most important variables from which we could estimate a market size. Namely, the government still needs to create and pass the so-called IR Implementation bill. It is this bill that contains such pertinent details as the number and location of licenses, the tax rate, whether or not locals will be allowed to gamble, etc.”

Even so, he was willing to guess that Japan “will likely be the second largest market in Asia, second only to Macau. It should be significantly larger than Singapore simply given the much larger population of Japan and of its major cities like Tokyo and Osaka.

“On an overnight basis, we would expect Japan to notably exceed the GGR of the Las Vegas Strip,” Govertsen added.

He pointed out that Japan may be “more of a locals market than an inbound VIP market, so the impact to Macau will probably be minimal over the long term, although we would expect some short term hiccups in the first year or two after the IRs open in Japan as VIP customers will want to see the new facilities.”

The website CalvinAyre.com agreed that operators may want to “temper their optimism” about an influx of Chinese VIPs into Japanese casinos.

Much depends on the shape of the regulatory scheme in Japan that will be determined by the second implementation bill, says Spectrum’s Gushin.

“It will be important for Japan to put into place a clear and transparent RFP process for issuing the IR licenses,” he said. “In Japan, there has been a lot of talk about the Singapore model, which included a clear and transparent RFP process, casino licensing regulations governing casino operations and strong AML procedures. The regulations should be designed for the Japanese market but Singapore may be a good regulatory structure for Japanese officials to take into consideration. AML issues will be a major issue in Japan as in all countries that have casinos.”

Meanwhile, public support for Prime Minister Shinzo Abe and his cabinet has fallen by almost 6 percentage points compared to November, before the bill passed.

The poll, conducted by the Kyodo News Agency, found that approval of the ruling Liberal Democratic Party dropped to 54.8 percent from 60.7 percent during the period. At the same time, according to the survey, public disapproval of the cabinet rose 3.7 points to 34.1 percent.

Leo Lewis of the Financial Times also takes a dim view of casinos as a linchpin of the economic revival plan dubbed Abenomics. He says the prime minister “emerges from the passage of the casino bill looking more muscular but with weaknesses more starkly exposed. He has thrown his weight behind gaming and effected a big historic change, but in a way that detracts from his image as a brave reformer.”

The Nikkei Asian Review reports that lawmakers will try to assuage concerns about gambling addiction with the introduction of ID cards that flag compulsive players, as well as public awareness and education campaigns.

Though Japan is closer than ever to the creation of a legal gaming industry, casinos will not be in operation until 2022-23 at the earliest.