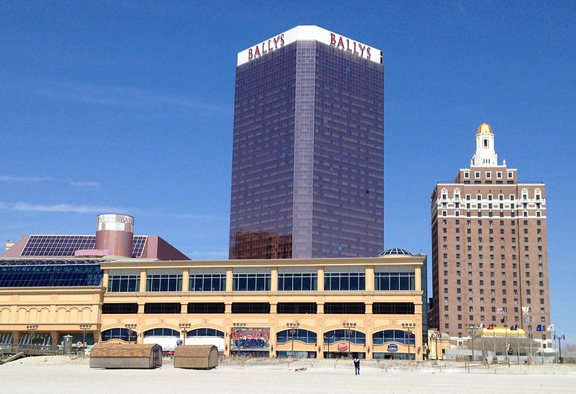 The purchase of Bally’s Atlantic City by Twin River Worldwide Holdings was apparently the impetus for the Rhode Island-based company to complete a deal with Caesars Entertainment to buy the Bally’s brand for $20 million. Twin River paid $25 million for the Atlantic City property and said it would change the name, but the brand has a powerful history in the casino industry and would resonate in some jurisdictions.

Twin River chairman, hedge-fund investor Soo Kim, said, “This is an opportunity for us to revive a brand that is synonymous with American gaming.” Kim, co-founder of hedge fund Standard General, which owns 39 percent of Twin River, told the Post.

Bally Manufacturing started as a pinball manufacturing company in 1932 and later in the ‘30s started building slot machines. Bally became the dominant player in the slot manufacturing business throughout the 1960s. In the late ‘70s Bally entered the operating side in Atlantic City when they opened Bally’s at the third casino to open. The company later merged with Hilton Hotels in the mid ‘90s to create what was at that time the largest casino company in the world.

Twin Rivers announced it will “rebrand virtually all of its portfolio properties under the Bally’s name and logo.” The company’s recently purchased Missouri property, the former Isle of Capri, will take on the Bally’s brand in favor of the original name that replaced the Isle moniker, Casino Kansas City. Having a powerful brand will give Twin Rives significant marketing abilities across the country.

The deal with Caesars allows that company to retain the Bally’s name for its Las Vegas casino. While there was speculation that Twin Rivers could buy Bally’s Las Vegas, there was no confirmation of that. The newly restructured Caesars has said it will sell at least one Las Vegas Strip properties, and Bally’s could be a serious candidate.

Brendan Bussmann, director of government affairs for Global Market Advisors, told the Las Vegas Review Journal, that such a sale would make sense for Twin Rivers.

“Having a footprint on the Las Vegas Strip and a Nevada gaming license is still viewed as one of the gold standards in the global gaming world,” he said.

Another opportunity for Twin River would be a “Bally’s” branded sports book. Caesars didn’t use the Bally’s brand for any of its online operations so Twin River could develop one. There’s also a good chance that the corporate name could chance since Kim said the company’s stock ticker would change to something “more reflective” of the Bally’s brand.

Twin Rivers owns nine casinos across the country: two in Rhode Island, two in Mississippi, one in Delaware, one in Missouri and three casinos as well as a horse racetrack in Colorado.