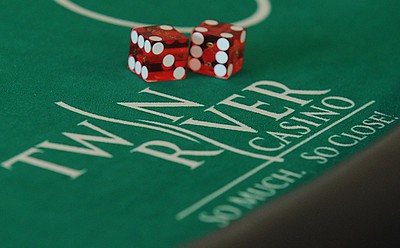 Twin River Worldwide Holdings has settled a dispute with the state of Rhode Island over a licensing issue. But the operator’s battle with Governor Gina Raimondo over her proposed no-bid contract with IGT continues even fiercer than before.

Twin River Worldwide Holdings (TRWH) which operates Rhode Island’s two casinos, has agreed to pay $180,000 and another $36 million in casino upgrades over three years without admitting fault in a licensing dispute—but without admitting wrongdoing.

The state had claimed that Twin River, with which it is involved in a dispute over whether a 20-year contract should be given without a bid to International Game Technology (IGT), had violated the terms of its casino license. The Providence Journal reported that the state claimed TRWH had exceeded its debt ration when the company went public earlier this year.

This prompted Twin River’s president and CEO George Papanier in August to write a letter claiming the state had reneged on an earlier agreement on the method for calculating the debt limit after Twin River challenged Governor Gina Raimondo’s non-bid extension of the state’s lottery contract with IGT.

Papanier’s letter claims that he was warned in a telephone call on June 27 not to bring up the issue or else there would be “consequences.”

The governor denies that one of her senior staffers threatened regulatory difficulties for Twin River if it pressed its objections to the no-bid contract, which would extend IGT’s control of the lottery by another 20 years and earn the company $1 billion.

Papanier was questioned on the allegation last week by the Senate Finance Committee   and he was backed up by Twin River Rhode Island President Marc Crisafulli, who said he too had received a personal warning.

The hearing was being held on the proposed IGT contract. At the end of Crisafulli’s testimony Senator Louis DiPalma asked him to identify the aide who had threatened the company. In the name of amity, Crisafulli declined to do so, but added, “I was extremely disappointed to receive the threat that I received. It was very challenging.” He continued, “It was a phone call that I got on June 27, the day the legislation was introduced. I was informed what the legislation was and what the deal was, and that Twin River is getting nothing.”

Crisafulli added, “In the spring we went to the state and said IGT machines are significantly underperforming. We are not set up for Massachusetts competition. We need better machines … please take away machines from IGT and award them to better-performing competitors. The lottery said no.” He continued, “Only after we opposed this deal and after all this public process, at the end of August … did the lottery acknowledge that IGT’s machines were underperforming and took some away.”

Later, under continued pressure from the committee, Crisafulli identified the person who made the threat as Brett Smiley, the governor’s chief of staff.

Twin River is opposing the IGT contract because of the alleged poor performance for the slot machines IGT supplies to Twin River’s two casinos. That deal would guarantee that IGT provides 85 percent of the casinos’ slots.

It has spent hundreds of thousands of dollars in lobbying efforts to kill the deal.

The governor’s spokesman responded with this statement: “The administration’s staff has spoken numerous times with Mr. Crisafulli, and there is absolutely no merit to his assertion that a threat of retaliation was ever made. The fact is that Twin River violated their regulatory agreement. Despite this, the administration has worked for months with Twin River to reach a fair settlement that protects taxpayers.”

Senator Ryan Pearson, who supports the governor’s proposal and is skeptical about Twin River’s bid, asserting that Twin River’s 15-year contract with the state also was not competitively bid.

During the hearing some of the 1,100 IGT employees in the state demonstrated in favor of the contract. They lined up for hours and dressed in blue T-Shirts and gray vests and individually spoke to the committee about how much they value their jobs.

One employee declared, “I’ve been with GTech, now IGT, for 17 years,” adding, “The point of all this is that we don’t just create hardware and software. We don’t just service the RI Lottery. We make people’s dreams come true. And more than 1,000 of us get to do it from the great state of Rhode Island. I think that’s pretty amazing.”

The employee asked the senators to “choose to continue this economic development partnership before 10 Memorial Boulevard becomes another dark building in Providence known as the place IGT used to be.”

Another employee declared that she worked her way up from food services cashier and is now coordinator of the diversity and inclusion team at IGT. “I am a high school dropout, and IGT gave me a chance to be the professional I am today.”

A competing but much smaller group of Twin River employees also made an appearance to present the senators with a petition with pages of signatures calling for competitive bidding “in the increasingly challenging New England gaming marketplace.”

A study by the state’s Office of Revenue Analysis says the state would collect $14 million in gaming taxes if it puts the Lottery contracts out to bid as Twin River argues that it should. The same study warns that the state could suffer economic damage if IGT shuts down its offices in Rhode Island and its 1,000 employees have to find new employment.