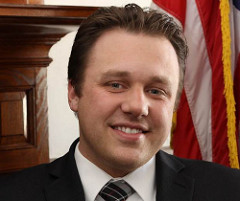 Two Maine legislators, Senator Garrett Mason and Rep. Louis Luchini have set their sights on stopping a measure that would authorize a third casino in the state from reaching the November ballot.

Mason, the Senate Leader, and Luchini argue that the measure qualified for the ballot by methods so shady and fraudulent—and abuses the initiative process— that the legislature should step in to stop the process. The initiative process needs reform, they say, to prevent extreme measures from making it to the ballot.

The measure, if approved would stop any vote from happening this November and would require that the group that qualified the measure start over. The group, which has worked just as hard to keep its backers secret as it has to collect signatures—and has run afoul of the state’s ethics commission—is fronted by the sister of casino developer Shawn Scott, a shady gaming entrepreneur who tends to affront gaming regulators both in the U.S. and abroad.

Both lawmakers agree that passing the bill is a long shot, they told the Portland Press Herald. Luchini said a successful effort to kill the casino initiative would send a powerful message to would-be fraudsters.

They don’t like the fact that the casino initiative was secretive about who would benefit from it as well as who its backers were. They also dislike the way it is written, so that only Shawn Scott qualifies to build a casino if it is approved.