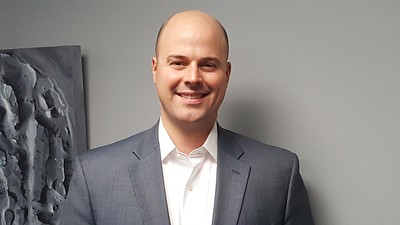 Two bills filed December 1 would make Missouri the first state to pay professional sports leagues and the National Collegiate Athletic Association a royalty on sports betting handle. A bill sponsored by state Senator Tony Leutkemeyer (l.) would reward the leagues and the NCAA with a .75 percent fee on gross wagers.

Missouri could be the first state in the U.S. to pay professional sports leagues and the National Collegiate Athletic Association a royalty—formerly called an integrity fee—on sports betting handle.

Two bills filed December 1 also would make Missouri the third state to mandate the use of official league data for in-play bets; Tennessee and Illinois already allow the mandate.

Under state Senator Denny Hoskins’ SB 567, sportsbook operators would pay leagues a royalty of 0.25 percent, and tax sports betting revenue at 9 percent. Remote registration for mobile betting would be allowed. The sports betting license application fee would be $25,000 with an administrative fee of $50,000 the first year and $10,000 every five years. The mobile application fee would be $25,000 with a $50,000 annual renewal fee. The Missouri Lottery Commission would regulate sports betting.

Under state Senator Tony Leutkemeyer’s SB 754, operators would pay leagues a 0.75 percent royalty, with sports betting revenue taxed at 6.25 percent. Remote registration would be allowed. The license application fee would be $10,000 with an annual administrative fee of $5,000 and a $10,000 fee every five years. The mobile application fee would be $10,000 with a $5,000 renewal. The Missouri Gaming Commission would regulate sports wagering.

In the Missouri House, state Rep. Dan Shaul intends to file a sports betting bill. He chairs an interim committee that researched sports betting and recently issued a report. It’s not clear if his bill would include a royalty to professional leagues.

FanDuel to Give Mass