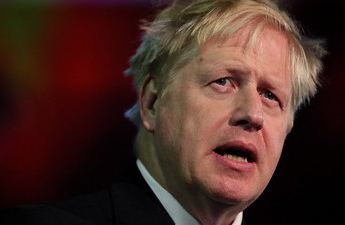 The U.K.’s casinos were poised to reopen August 1. Then Prime Minister Boris Johnson (l.) shut down the plans for at least two more weeks, citing a spike in Covid-19 cases in the greater Manchester area. The decision drew a sharp rebuke from the U.K. Betting and Gaming Council.

Concerned with a potential resurgence of the coronavirus pandemic, Johnson shelved plans for an August 1 reopening date, pushing it back two weeks to August 15. Planned trials of sporting events with some fans in attendance also will not take place until later this month at the earliest.

Johnson’s announcement followed a move to reimpose restrictions on more than 4 million people in northern England, including Manchester. “We simply cannot take the risk,” said Johnson, who himself contracted the coronavirus in TK, and has recovered. “We will continue to study the data carefully and move forward with our intention to open up as soon as we can.”

The prime minister said prevalence of the virus in England is at 1 person per 1,500, up from 1 in 2,000 at the start of July. On July 31, the Office for National Statistics indicated that infection rates are rising, with around 4,200 new infections a day, compared with 3,200 a week ago.

“We can’t afford to ignore this evidence,” Johnson said. “Unless people follow the rules and behave safely, we may need to go further.”

The U.K.’s Chief Medical Officer, Chris Whitty, said the country has reached the limit for easing lockdown restrictions. “The idea that we can open up everything and keep the virus under control is clearly wrong,” he said. “We are at the outer edge of what we can do.”

Johnson’s government was initially criticized for being slow to lock down at the beginning of the pandemic. Now it’s gone in the other direction, rushing out new restrictions with little warning.

Michael Dugher, chief executive of the U.K. Betting and Gaming Council (BGC) is worried about potential job losses; casinos in the country employ more than 14,000 people directly, and support another 4,000 indirect jobs that were worth £5.7 million (US$7.5 million) in taxes per week in 2019.

“There is no evidence that casinos are ‘higher risk’ venues,” Dugher told SBC News, and pointed out that casino operators have invested heavily in making their properties Covid-secure.

The BGC criticized the government over a lack of clarity about its position. In a letter to Finance Minister and Chancellor Rishi Sunak, Dugher described the U-turn as “highly illogical, inconsistent and deeply damaging to those businesses and thousands of staff they employ. Casinos are a fundamental part of our leisure, hospitality, entertainment and tourism industry.

“The support from HM Treasury, such as the Job Retention Scheme, has really helped, but now our members will be forced to pay National Insurance on top of salaries in August while they remain closed,” Dugher said. “The government is swinging a wrecking ball right through the middle of our industry, and large-scale job losses, which ought to be unnecessary and avoidable, now look inevitable.”

Genting UK, which holds 43 casino licenses in the country, has also expressed its frustration, and slammed the “whack-a-mole approach” in policymakers’ lockdown strategy.

“After weeks of meticulous planning, we find it incredible that we have been given less than 24 hours’ notice as to this change of plan, which in itself has caused huge damage to the business,” said Jon Duffy, Genting director of corporate assurance and regulatory affairs. “Significant numbers of staff have been brought back from furlough to prepare for the reopening, and this is devastating news for our entire team who now faces further worry and uncertainty.”

Meanwhile, Scotland’s First Minister Nicola Sturgeon has set a provisional date of August 24 for the country’s casinos and bingo halls to come back to life after a coronavirus pandemic lockdown.

Scotland reported 30 new Covid-19 cases on August 1 and no new deaths. But the government has cautioned that all its reopening schedules are contingent on the rates remaining low.

Scotland’s 11 casinos, with around 800 employees, have gone above and beyond the Covid-19 requirements, said Dugher. “They’ve demonstrated their commitment to ensuring the safety of their staff and customers, and it’s great that this has been recognized by the Scottish government.”