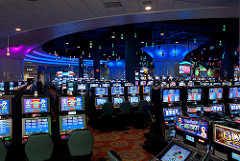 U.S. commercial casinos booked nearly $42.7 billion in gaming revenue in 2018, a new record for the industry.

It was a “good year,” according to Adams, who also credited it to increases in machine gaming numbers and the nationwide introduction of sports betting.