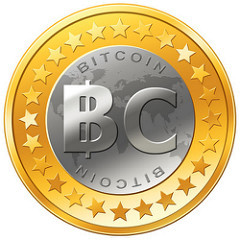 The online site the Daily Caller reports that at least three U.S. Congress members are preparing a bill to protect virtual currencies such as Bitcoin and have them treated like U.S. currency.

Bitcoin Cash recently hit a record high nearly $1,000, and Bitcoin surpassed $4,000. According to the Daily Caller, “various members of Congress are looking at the compliant capabilities of AML Bitcoin,” in a move aimed at making cryptocurrencies that meet certain criteria a popular alternative to the U.S. dollar.

The initiative, the website says, is expected to gain support from libertarian members of Congress, but will likely be opposed by the U.S. Treasury.

The website, citing an unnamed source, said at least one Republican member of the Senate and two Republican congressmen are involved. The three lawmakers reportedly asked not to be identified due to the complexity of the proposal.