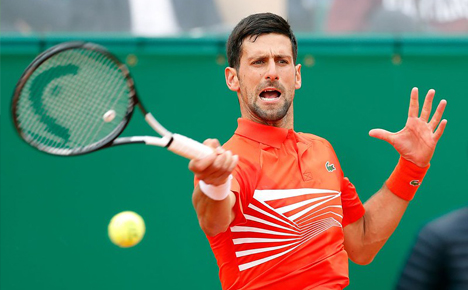 With Nadal, Federer and the Williams sisters out of commission, the U.S. Open is—well, more open to top-ranked players like Novak Djokovic.

It would be easier to list who’s not at this year’s U.S. Open rather than who is. Several star players are missing due to injuries—possibly making an easier path for top-ranked players playing in the final Grand Slam event of the year.

On the men’s side, two notables missing at Flushing Meadows are Rafael Nadal and Roger Federer. Nadal, ranked fifth in the world, pulled out of the New York City event because of a lingering foot injury.

Federer, who is ranked ninth, told his social media followers on August 15 that he had knee surgery and would miss a considerable amount of time. The 40-year-old wasn’t sure when he would return.

“I am realistic, don’t get me wrong,” Federer wrote. “I know how difficult it is at this age right now to do another surgery and try it, but look, I want to be healthy … I’ll go through the rehab process also with a goal while I’m still active.”

Defending U.S. Open champion Dominic Thiem will also miss this year’s event as he deals with a wrist injury. 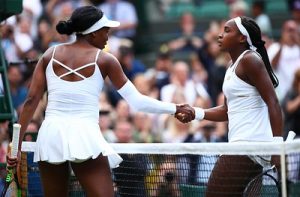 On the women’s side, Venus Williams and Serena Williams will also be missing. The sisters have a combined eight U.S. Open singles titles. Though they’re not the powerhouses of the sport they once were, they do attract fans—as well as wagering—when they play.

Serena decided to rest her torn hamstring and pulled out of the tournament last Wednesday. A few hours later, Venus alerted fans that she wouldn’t be attending because of injury.

“Not the best news from Serena and I today,” the 2000 and 2001 champ said on Twitter. “I too am unable to play the U.S. Open. It’s super, super, super disappointing. Having some issues with my leg all this summer and just couldn’t work through it.” 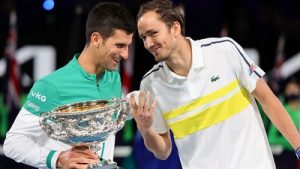 With those players out, other top players might have an easier time reaching the finals. Men’s No. 1 Novak Djokovic is the overwhelming favorite to win this week.

BetMGM has him currently at -135 to capture his record 21st Grand Slam title. If he wins, he’ll be the first male to win all four Grand Slams in the same year since Rod Laver in 1968.

Djokovic’s main threat could be Russia’s Daniil Medvedev, who’s the second pick at sportsbooks at +325. Medvedev won his first round match against Richard Gasquet in straight sets on Monday.

Djokovic had a little more trouble with his first-round opponent, Holger Rune. The two each grabbed a set before Djokovic took the next two to close out the match. 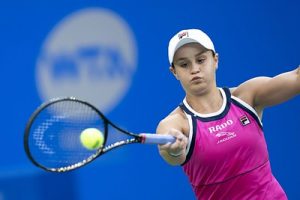 Aside from the Williams sisters, the women’s draw looks pretty healthy. The No. 1 women’s player Ashleigh Barty is +275 at Caesars Sportsbook (formerly William Hill) to win, followed closely by Naomi Osaka at +450. If the two win their bracket, they could meet in the finals.

Barty struggled a bit in her first round match with Vera Zvonareva, getting pushed to a second set scare before prevailing and moving on to the second round.

“It obviously got really tense in that second set—tight—and in the bigger moments I was able to be aggressive and trust myself and that was a massive thing,” Barty said. “There were a couple of games where I had lapses in concentration, but I was able to come through in straight sets and now we go back to the drawing board.”

“I’m the type of player that plays better if I have a reason or if I have a goal or if I’m driven about something,” Osaka said. “In New York last year, the biggest goal for me was just to push that message across. I feel like I did well there. Right now, I don’t really have that big of a message to push across at all. So it’s going to be really interesting to see what drives me.”

Get the lowdown on parlay betting from iGamingPlayer. Click here for more.