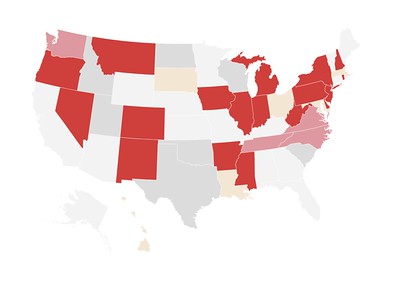 In August, sportsbooks in the U.S. logged their highest monthly handle and second-highest monthly revenue since sports betting was legalized in 2018.

Americans wagered $2.1 billion in August, a single-month record. Sportsbooks generated $119.4 million in revenue, a number only exceeded by the $138 million held in January. The August revenue total was a 90.2 percent increase from August 2019, according to a report from the American Gaming Association.

The August totals don’t include the $136.9 million wagered and $7.2 million in revenue held in Illinois, which released revenue figures too late for the AGA report.

Nationally, 2020 sports betting revenues are up 31.5 percent compared to the first eight months of 2019 and handle is up 24.1 percent during that same time. Online wagering makes up more than 80 percent of handle.